The Asheville Chamber works hard to provide its members with opportunities to hear from, speak to, and network with elected officials.

Congressman Heath Shuler spent the morning of Monday, July 26, 2010 with 50 business leaders at the Asheville Area Chamber of Commerce. The Chamber hosted Congressman Shuler for a public policy forum allowing him to give his outlook on the political climate in Washington as well as hear concerns and ideas from the audience.

Congressmen Shuler is a member of the Blue Dog Coalition, which is a group of conservative leaning Democrats. Shuler spoke of the group’s 15 step plan to balance the Federal budget, cut government spending and secure America’s future. To see the group’s plan click here.

Throughout the meeting, Congressman Shuler emphasized the idea that Washington politics are broken and operating with a system where the Federal Government is spending more money than they are bringing in. Congressman Shuler told the audience that debt and deficit spending were the key reason for this recession.

Congressman Shuler also used the time to hear ideas and concerns from his constituents. He expressed the importance of citizens contacting their representatives the minute they identify a potential problem. The Congressman made this statement as he referenced the United State’s mortgage crisis. Several audience members made policy suggestions, such as, Federal legislation to prohibit states from being able to offer outlandish incentives for economic development.

Hosting a visitor that wants a unique Asheville experience? Or, have you and your friends and family ever wanted to work one-on-one in a River Arts District studio with a professional visual artist? Here’s your chance.

Roots + Wings School of Art (RWSA) supports studio sessions with their rostered visual artists in their new River Arts District studio on Depot Street at Pink Dog Creative . Unlike group art classes, with Custom Art Studio Sessions (CASS), participants work collaboratively with a RWSA visual artist exploring tools and techniques, making color and material choices, and sharing in the process of art-making together. CASS are open to any age, families and groups of friends are welcome, and individualized sessions are also common.

For More Information or to Book Your Custom Art Studio Session:
http://rootsandwingsarts.com/family/custom-art-studio-sessions or call 828.545.4827 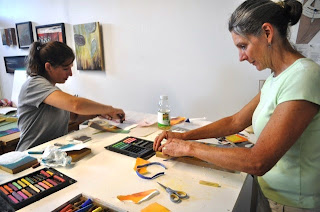 Posted by AshevilleChamber at 10:44 AM No comments: 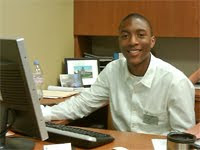 The first week of my internship has been a great experience. On my first day, at the chamber I was greeted by Clark Duncan, the Director of Business and Industry Services at the Chamber. Mr. Duncan has served as my supervisor and friend while at the Chamber. My first couple of days were spent with the Economic Development department of the Chamber. On Monday I was introduced to the staff at the Chamber and given a tour. I also had lunch with Benjamin Teague, Senior Vice President for Economic Development, and Rick Lutovsky, the President of the Chamber. I enjoyed having lunch with them and learned a lot of valuable life lessons from them. On Tuesday I meet with County Commission Ray Bailey. Mr. Bailey is a great man and I benefitted a lot from our talk on leadership. On Wednesday morning I sat in on a meeting between Ray Denny, Vice President of Economic Development, and representatives from Ward and Smith, P.A. Later that evening I went on a tour of the AvL Technologies and learned more about engineering, which is a possible major in college I’m considering. On Thursday I spent the day with Membership Services and Communications Department of the Chamber and I helped to setup and run the monthly Business-After hours, which were held on Antler Hill Village in the Biltmore Estate.

I’ve really enjoyed my experience at the chamber thus far. The people here are very friendly and make me feel at home. In my past three years of doing CAYLA internships, this has been the most enjoyable and fulfilling internship for me. In my short experience at the chamber the one lesson I feel like I’ve learned is the importance of making lasting good relationships.
Posted by AshevilleChamber at 2:56 PM 1 comment: