It’s like Karaoke with a twist – you bid $5 & dare someone to sing a particular song. If they don’t want to sing it, they have to double the money to get out of it and they pass the “dare” on to someone else. And so on…DAREOKE! 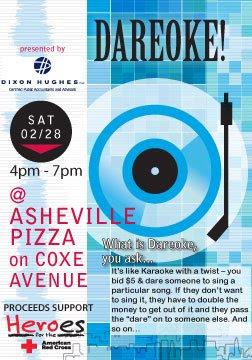 Posted by AshevilleChamber at 9:28 AM No comments: 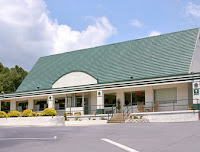 A local Day's Inn was recently recognized with the highest customer satisfaction in the country! The Wyndham Customer Care Report tracks the number of compliments and complaints that each of the 1852 Days Inns nationwide receives and the West Asheville location had the highest marks!

The Days Inn is located at 2551 Smokey Park Highway in Candler, NC!

Congratulations to Marise Melo-Furtado, General Manager, and her team for such great customer service! 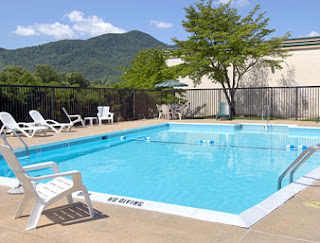 Posted by AshevilleChamber at 3:41 PM No comments:

Breaking bread with the legislature

The Asheville Area Chamber of Commerce was proud to host over 130 guests at the 2009 Legislative Luncheon presented by Capital Bank. The event took place Friday, February 20 at the Crest Center and Pavilion from noon until 1:30 p.m. and offered the guests an opportunity to interact with the local delegation. Senator Martin Nesbitt and Representatives Susan Fisher, Bruce Goforth, Jane Whilden and Ray Rapp all attended the event.

The Legislative Luncheon was a huge success as it allowed members of the Asheville City Council, Buncombe County Board of Commissioners and local business leaders to hear the Chamber's top legislative priorities and the delegation's goals for the upcoming session.

Legislative Representatives warned of a tough economic year for the state and possible significant budget cuts. Many officials praised the funding that North Carolina will receive from the newly passed federal stimulus package. When the leaders were pressed for details on the timing of the funding they said that it was too soon to know.

Our thanks goes out to the staff at M7 and everyone that helped to make this event so successful. 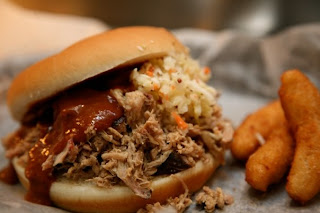 Luella’s Bar-B-Que is planning a week of specials and events to thank their customers and celebrate their 2 year anniversary, February 23rd through February 28th, 2009. Festivities include live music, special menu items, beer and meal specials, and Kids Night.

Luella’s first opened their doors in February of 2007, serving quality smoked meats and homemade sides to the people of Asheville and beyond. Built on a strong foundation for quality food and great service, Luella’s has proudly risen up to be one of the top BBQ restaurants in WNC. And despite current economic conditions and increasing restaurant competition in South Asheville, Luella’s Bar-B-Que is continuing to grow strong.

The Anniversary Week Schedule and Specials:

Join Mission Hospitals and the YWCA at Healthy Family Day: Preventing Diabetes on Saturday, March 14 from 8:00 am to 12:00 pm at the YWCA of Asheville, 185 S. French Broad Avenue.

This bi-lingual event will include free diabetes checks, free meters, healthy snacks, and much more. Mission Hospital staff will provide educational presentations on topics such as exercise, eating healthy, and living with diabetes. Free childcare will be provided with crafts, games and healthy snacks.

Healthy Family Day is for anyone whose life has been touched by diabetes. For more information, contact Beverly Medcalf, 213-5537 or Beverly.medcalf@msj.org.
Posted by AshevilleChamber at 8:55 AM No comments:

Laurey Masterton, proprietor of Laurey’s Catering and Gourmet to Go and past Board Chair for the Asheville Area Chamber of Commerce, is about to embark on a big adventure. She’s riding her bicycle from San Diego, California to St. Augustine, Florida from March 6 to April 30. This ride, some 3,100 miles, is being done to raise money for ovarian cancer awareness.

Masterton, a 20 year ovarian cancer survivor, is riding to spread the word about the importance of early detection. Money raised will go to the Ovarian Cancer National Alliance, an advocacy group based in Washington, DC (ovariancancer.org)

Follow her progress by visiting her blog: laureybikes.blogspot.com or by googling Laurey Bikes! 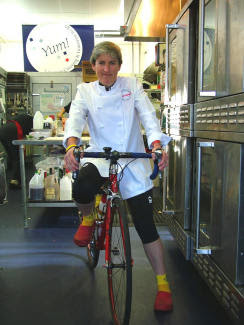 Posted by AshevilleChamber at 2:06 PM No comments:

3 Chefs for the price of one!

Starting February 15, 2009 you can go to the Corner Kitchen for dinner in the Chef's Quarter in Historic Biltmore Village and have a three course meal from a selected menu for just $25. Each of these three chefs has their own style and we want you to get to know each one. Take this opportunity to reward yourself with a great dinner at a friendly price. 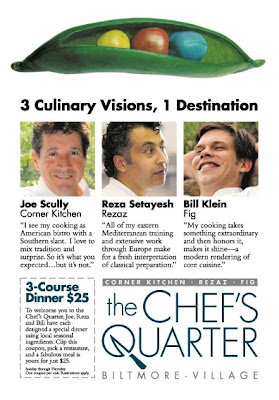 This offer is good Sunday -Thursday nights through March 31, 2009. For reservations at the Corner Kitchen please call 828-274-2439 or go to thecornerkitchen.com

Corner Kitchen is located in Biltmore Village at 3 Boston Way.

For more information (dress code, parking, map, etc.) or to make reservations at Corner Kitchen click here.
Posted by AshevilleChamber at 8:29 AM No comments:

The Asheville Arts Center is presenting the Broadway hit musical Into the Woods on February 18 and 19th at the Diana Wortham Theatre. Music & Lyrics: Stephen Sondheim.

Based on a eclectic merging of fairy tales, the plot is about a childless baker and his wife who can't have a child. The witch next door has a solution. All they have to do is get a cow as white as milk, a cape as red as blood, hair as yellow as corn, and a slipper as pure as gold.

Good thing their fairy tale neighbors Jack, Little Red Riding Hood, Rapunzel and Cinderella are there to help them out before (and after) Happily Ever After.
The Moral - Be careful what you wish for - children who adore you may be watching. Let's just say it is a Fairy Tale that is well in touch with reality.

The Asheville Arts Center believes that the performing arts should be available to and accessible by everyone. They accomplish this through a scholarship fund. Into the Woods, is part of an effort to raise funds for the scholarship fund.

There are only 2 performances! So reserve your tickets today! Call 253-4000 and come and see some funny and entertaining theatre while supporting our community! February 18th and 19th, 7pm: Diana Wortham Theatre
Posted by AshevilleChamber at 4:11 PM 1 comment:

Asheville will be joining over 175 cities worldwide hosting Twestivals to raise awareness and money for Charity:Water! Charity: Water is a non-profit organization bringing clean, safe drinking water to people in developing nations. Twestivals are organized 100% by volunteers and 100% of the money raised will go directly to support Charity:Water projects.

Join in at Windows on the Park in Downtown Asheville from 6-11 p.m. on February 12th, 2009. More Info and Tickets: asheville.twestival.com.
Posted by AshevilleChamber at 3:12 PM No comments:

Potter Networking LLC, a local I.T. Services company, is pleased to announce that Dean Potter will be travelling in February to Tanzania. He will be installing a Network for IMA Health. He will be working in Dar es Salaam for approximately 7 days. Once the network is installed, he will be interviewing local technicians in order to locate a local technician who can maintain the new network.

Potter Networking provides computer systems support to businesses in Western North Carolina. Dean Potter has 20 years of computer industry experience. This extensive experience enables him to assist businesses with their everyday computer needs, and with complex special projects. We are a local family owned and operated business with a special focus on the needs of small and mid-sized businesses.
potternetworking.com

About IMA World Health:
IMA World Health is a nonprofit organization that provides health care services and products to people in need around the world. They are a faith-based organization (FBO) working primarily in developing nations. Headquartered in New Windsor, Maryland, IMA World Health was established in 1960 by a group of Protestant relief and development agencies to support their international health programs. In addition to their headquarters in the US, they have field offices in Tanzania, Haiti, the Democratic Republic of Congo, South Sudan, and Kenya.
imaworldhealth.org

For those who need some help finding Tanzania: