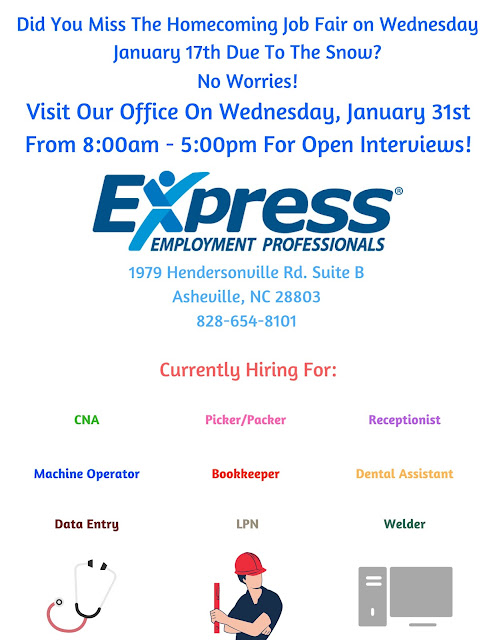 Posted by Asheville Chamber at 4:54 PM No comments:

"As a result of completing the workshop, participants will gain a better understanding of the entire grant development process--from planning through writing--and, thus, improve their chances of winning competitive grants," said Jack Smith, a nationally recognized trainer and consultant who will lead the workshop.

“Grant writing has been described as a ‘frustrating’ and ‘overwhelming’ experience,” said Jill Thompson, associate director of professional development at WCU. “Our goal is to demystify this process and provide concrete strategies for success.”

The workshop will proceed step-by-step through the proposal development process, including identifying and evaluating the most appropriate funding sources, researching a problem, and supplying the documentation and statistics necessary for supporting a grant proposal.  Smith will review the many different categories of grants, and will teach timesaving techniques and shortcuts in the grant-writing process.

Smith is founder of and principal consultant for the Smith Group, which offers management and project development training and technical assistance to public and private organizations. Over the course of his career, Smith has consulted with more than 200 organizations and has taught more than 1,500 grant writing classes.

In the afternoon on the third day (March 8), a panel of experts representing several local foundations will discuss grant opportunities and the funding process for these projects.

On the final day, Andrea Moshier, director of sponsored research at WCU, will cover one of the most difficult parts of the grant submission—developing a budget. Mosier will discuss indirect costs, allowable vs. non-allowable costs, in-kind donations, government vs. non-government grants, and time reporting and reporting scenarios.

Moshier holds a Master of Public Administration degree from the University of North Carolina at Charlotte and has held numerous budget-related posts, including stints as assistant dean for administration in UNC-Charlotte’s College of Education and as administrative manager for the City of Charlotte’s Department of Transportation, Street Maintenance Division.

The cost for the program is $425. Participants registering by Feb. 15 may receive a 10% discount by using the promotional code, Grants2018.

To learn more about the program, including trainer biographies, and to register, go to www.pdp.wcu.edu, and click on Certificate Programs. Or, contact Jill Thompson at jcthompson@wcu.edu or call 828-227-7397.

WCU's Division of Educational Outreach extends access to education and training through innovative courses, programs, and services for individuals and communities both locally and globally. For more information, go to www.wcu.edu.edoutreach

Posted by Asheville Chamber at 10:56 AM No comments:

Conductor Garry Walker wears his Scottish nationality with pride. “As a Scot, I am naturally aware and proud of the impact of the Scottish diaspora in America. Even Uncle Sam’s parents were Scottish, and Mickey Mouse was voiced for 40 years by a man from Dundee!”

To celebrate his homeland and its historical connections to the North Carolina mountains, Walker presents a program of Scotland-themed classical works on Saturday, February 10 as he conducts his audition concert for the Asheville Symphony’s music director position.

Walker is the third of six finalists for the Asheville Symphony’s music director position to conduct an audition concert. The audience will be asked to give feedback via a survey after the concert. The three remaining finalists will conduct concerts in March, April and May.
Malcolm Arnold’s 1957 composition Four Scottish Dances opens the evening’s program. Originally composed for the BBC Light Music Festival, the music strongly suggests Scottish folk song origins. However, three of the dances are Arnold’s own original tunes, and the fourth is based on a melody composed by Scottish poet Robert Burns.

Following Arnold is Debussy’s Marche écossaise or Scottish March, which was commissioned by a Scottish officer. Though markedly Scottish in sound, the work also includes some of Debussy’s own French musical style. His Scottish theme uses an oboe and muted trumpet to imitate the sound of bagpipes.

Next guest soloist Elena Urioste joins the symphony for Bruch’s rich and seductive Violin Concerto No. 1. While Bruch was not Scottish, his interest in Scotland ran deep—one of the works for which he is best known is the Scottish Fantasy for violin and orchestra. Urioste, hailed by The Washington Post as “a drop-dead beauty who plays with equal parts passion, sensuality, brains and humor,” was a BBC New Generation Artist from 2012 to 2014 and a first-place laureate in both the Junior and Senior divisions of the Sphinx Competition. She has given acclaimed performances with major orchestras throughout the United States and abroad. Urioste made her debut at Carnegie Hall's Isaac Stern Auditorium in 2004 and has returned frequently as soloist. She is also the co-founder and artistic director of Intermission Sessions & Retreat, a new program that combines music and yoga.

The final work of the evening is Mendelssohn’s Symphony No. 3, known as the Scottish Symphony. Mendelssohn came from a wealthy family and as a young man was able to tour Western Europe, including a visit to Scotland in 1829. It was during this visit that he was inspired to write both his popular Hebrides Overture and the Scottish Symphony. The symphony evokes the wild landscapes of the Scottish Highlands, pulls in the jaunty sounds of Scottish folk music, and ultimately concludes with powerful optimism. 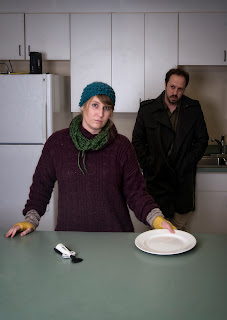 Asheville Community Theatre is excited to present David Hare’s intimate and compelling 1995 drama  SKYLIGHT to Asheville’s 35below for the first three weekends in February. SKYLIGHT will be performed February 2 - February 18, 2018 with performances Friday and Saturday evenings at 7:30 pm and Sunday afternoons at 2:30 pm. Tickets are available online at www.ashevilletheatre.org, over the phone at 828-254-1320, or in person at the Asheville Community Theatre Box Office.

Winner of multiple Tony, Drama Desk, and Olivier awards including the 1996 Play of the Year Award (Olivier), 1997 Tony Award for Best Play, and the 2015 Tony Award for Best Revival of a Play, SKYLIGHT was written by playwright David Hare. An English playwright, screenwriter, and film director, Hare has enjoyed tremendous success over a lengthy career that spans nearly half a century.  In addition to his many plays, he has two Academy Awards for the Best Adapted Screenplay for the films The Hours (2002) and The Reader (2008).

Set in a rundown London flat, SKYLIGHT  takes place over the course of one winter evening in which a school teacher, Kyra Hollis is visited by Edward Sergeant and then later, his father, Tom Sergeant - a successful entrepreneur.  Kyra had been living with the Sergeant family years earlier as an employee and close confidant but then left after her affair was discovered by Tom’s wife, who has since died.  Edward accuses Kyra of leaving him as well, as he saw her as a member of the family and doesn’t understand why she suddenly left.  Later, that same night, Tom appears at Kyra’s flat unannounced resulting in an explosive reunion. As the talk turns to whether their relationship can be re-kindled, it becomes clear that their chances rest on whether they can bridge the chasm that has opened between them.

The cast includes Trinity Smith as Kyra and Andrew Gall as Tom Sergeant.  Both Smith and Gall have numerous credits over many years at virtually every theatre company in Western North Carolina between the two of them.  Lee Wilson rounds out the cast as Edward Sergeant and the production is being directed by Scott Keel.

Posted by Asheville Chamber at 10:47 AM No comments: