Mark your calendars and plan to join us! 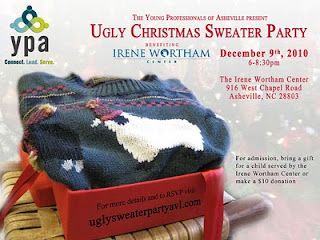 The Governmental Affairs Task Force of the Asheville Area Chamber of Commerce met Tuesday, November 16, 2010 from noon until 1:30 pm to discuss legislative priorities for the coming legislative session, develop relationships with new elected officials, and establish areas of focus for upcoming meetings.

The Governmental Affairs Task Force had the opportunity to meet the Chamber’s new President & CEO Kit Cramer. Kit Cramer spoke to the group and explained her background and interest in public policy. This interest stemmed from her time with the Charlotte Chamber of Commerce and her service in public office on the Charlotte Mecklenburg School Board.

The Chamber recognizes that the projected budget deficit for North Carolina will have a huge affect on the coming legislative session. It is for this reason that the Chamber desires to be precise and hard hitting with the legislative agenda. Laura Copeland, Vice President of Public Policy and Workforce Development, told task force members that the Chamber will make the position statements as focused as possible.

The Governmental Task Force will reconvene on Tuesday, November 30, 2010 to discuss education and tax reform issues. If you have interest in the taskforce or would like to attend a meeting, please contact Jeff Joyce at jjoyce@ashevillechamber.org.
Posted by Public Policy at 2:21 PM No comments: 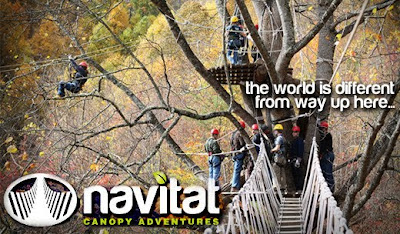 One of the Asheville area's hottest new zipline tours, heralded as one of the ten best zipline tours in the country by USA Today, is offering 20% off through November 24 to celebrate its first season. Press release with more information below...

“Our first season exceeded our expectations, and we’re ready to celebrate,” said Abby Burt, Branding & Marketing Leader at Navitat. “This special discount is our way of saying thanks to all the people who have supported us.”
“Come join us for one last zip before winter. With the leaves off the trees, the views of the mountains are awesome right now, and zipping is an even more thrilling experience when you can easily see all the way to the forest floor. It’s a true adrenaline rush.”
Navitat resumes operations on April 1, with enhanced interpretive educational programming.
NAVITAT CANOPY ADVENTURES showcases the breathtaking natural beauty of a 242-acre serene mountain cove, located just 20 minutes north of downtown Asheville. The canopy tour course is entirely tree-based and features two sky bridges, two rappels, and 10 zip lines ranging from 120 to 1,100 feet in length -- including one that sends guests soaring more than 200 feet above the forest floor.
Tours depart daily beginning at 7 a.m., through Nov. 30 (except Thanksgiving Day). Reservations are required. Regular tour price is $85 per person for adults, and $75 per person for children. Weight restrictions apply. Visit http://www.navitat.com/ or call (828) 626-3700 to book your tour.
# # #
Posted by Roger OKelley at 3:12 PM No comments:

The Asheville Area Chamber of Commerce strives to represent our member businesses on a local, state, and federal level. The best way to facilitate this work is through the relationships we develop and foster with our elected officials. While Election Day did not bring a great deal of change to the region’s Federal representatives, it did cause a great deal of change on the state level.

For the new members in the General Assembly the Chamber will work hard to build relationships and work to represent the needs of the business community. This will begin with Senate District 47’s Senator Elect Ralph Hise and Senate District 50’s Senator Elect Jim Davis. In the House the Chamber will continue to build relationships with House District 116’s Representative Elect Tim Moffitt and District 117’s Representative Elect Chuck McGrady.

This will begin immediately as Representative Elect McGrady will join the Chamber’s Governmental Affairs Task Force on November 16, 2010 to discuss his priorities for the session. The Chamber will also be hosting the Legislative Luncheon in January before the start of the General Assembly’s Long Session to provide member’s an opportunity to discuss priorities with the Western North Carolina Delegation. We encourage you to watch the Chamber’s weekly ENews letter to know dates and the location of these events.
Posted by Public Policy at 10:26 AM No comments: