The scintillating music of Berlioz’s Romeo and Juliet and a beloved Mozart piano concerto will be on display Saturday, March 12, as the Asheville Symphony presents its fifth Masterworks concert of the season.

The concert, under the direction of Music Director Daniel Meyer, will begin at 8 p.m. in Thomas Wolfe Auditorium.

“Hector Berlioz wanted to retell Shakespeare’s classic Romeo and Juliet,” Meyer said. “We will present the orchestral portions of this fascinating work, including the famous Scene d’Amour, the Queen Mab Scherzo, and Romeo at the Tomb of the Capulets.” 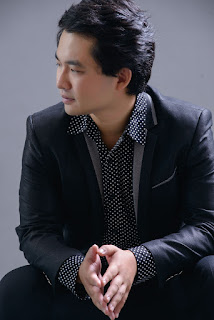 Shen Lu, Cleveland Institute of Music student and Hilton Head International Piano Competition winner, joins the ASO for Mozart’s Piano Concerto No. 21, one of the most well-known and best-loved piano concertos. Lu also won First Prize in the Hong Kong Open Piano Competition. He has appeared as guest soloist with the Cleveland Institute of Music Orchestra, Hilton Head Symphony Orchestra, Orlando Philharmonic Orchestra and New England Conservatory Philharmonic Orchestra. His performance with the Central Conservatory of Music Youth Orchestra was broadcast on CCTV, the largest national television network in China.


Nationally renowned keynote speakers and authors, Donna Cutting and Meridith Elliott Powell, are launching new books in 2016. To celebrate their upcoming publications, the authors have organized a book launch event and the public is invited.

The North Carolina Stage Company, located at 15 Stage Lane, Asheville NC, will host the event on Friday, March 4th, from 5:30pm – 8:00pm. All are welcome to attend, and there is no charge for the event. However, due to space constraints, it will be ticketed. Reserve your tickets here: https://northcarolinastagecompany.thundertix.com/events/68395

Join the authors for an evening of energetic presentations, food, and surprises. The authors will be giving excerpts from their keynote speeches as well as signing their books. Additionally, staff from Malaprops will be on hand so attendees can purchase copies from an Asheville Independent bookstore.

Donna Cutting is the author of two books, including the recently released, 501 Ways to Roll Out the Red Carpet for Your Customers: Easy-to-Implement Ideas to Inspire Loyalty, Get New Customers, and Leave a Lasting Impression. In her book, Cutting provides the reader with 501 actionable tactics and idea, for providing exceptional customer service, as well as organizational strategies for hiring, onboarding, and training staff.

501 Ways is an Amazon Bestseller, and was also recently featured in an online Forbes article, “Top Ten Business Books From 2015.”
Meridith Elliott Powell is the author of several books, including the forthcoming Own It: Redefining Responsibility. The Story of Power, Freedom and Purpose. In her book, Powell provides the reader with insightful and innovative strategies to one of businesses most pressing challenges – employee engagement. Own it: Redefining Responsibility contains valuable information about the strains of today’s economy, the importance of employee-management relationships, and how to take charge of your success.

More information on the authors’ books can be found at:

Posted by Asheville Chamber at 11:56 AM No comments:

"Next to Normal" gets its WNC premiere at 35below 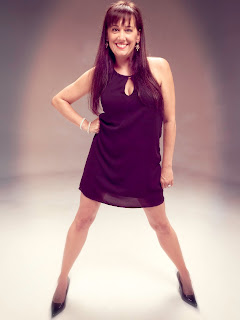 Bioflyer Productions in partnership with Asheville Community Theater is proud to present for the first time in Western North Carolina the Broadway hit musical Next To Normal. Directed by
Rock Eblen and with music direction by Sarah Fowler, the musical will open Friday, March 11 and run through Sunday, March 27, 2016 with performances Friday and Saturday nights at 7:30 pm and Sunday afternoons at 2:30 pm. Tickets are available online, over the phone, or in person at the Asheville Community Theatre Box Office. All tickets are $20.

This intriguing rock musical is about Diana, a mother who struggles with worsening bipolar disorder and the effect that her illness and the attempts to alleviate it have on her family. It also addresses such issues as grieving a loss, suicide, drug abuse, ethics in modern psychiatry, and the underbelly of suburban life.

When Next To Normal was named the winner of the 2010 Pulitzer Prize for Drama, it became just the eighth musical in history to receive that honor. Next To Normal also won the Tonys for “Best Original Score,” “Best Performance by a Leading Actress in a Musical,” and “Best Orchestrations.” Besides the awards it won, Next To Normal was nominated for 2 Drama Desk Awards and an additional 8 Tony Awards, including “Best Musical” and “Best Book of a Musical.”

“No show on Broadway right now makes as direct a grab for the heart — or wrings it as thoroughly — as Next to Normal does…brave, breathtaking…a work of muscular grace and power.” – New York Times

“…heart-melting…sensitively crafted show… something inordinately powerful in the music and the story, which have been meticulously woven together by the songwriting team of Tom Kitt and Brian Yorkey…beautiful songs that get to the heart of this deceptively complex story — and simply get to the heart.” – Washington Post

For more information about Bioflyer Productions and Next to Normal, visit https://bioflyer.wordpress.com/bioflyer/next-to-normal/. For tickets or information about Asheville Community Theatre, please visit www.ashevilletheatre.org.

Posted by Asheville Chamber at 11:02 AM No comments: