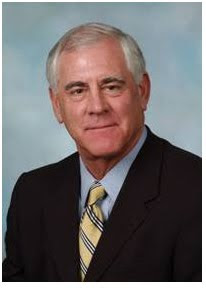 The Mission Health System Board of Directors has appointed Carleton T. Rider to serve as interim president and CEO of Mission Hospital and the health system. Rider, who retired in 2008 as a senior administrator of Mayo Clinic after a career of 31 years, will assume his new responsibilities effective January 1, 2010 and serve until the Board completes its national search for a permanent chief executive.

“Carl’s credentials and experience are outstanding, and we are pleased to have a healthcare leader of this caliber join Mission,” said Board Chair George Renfro. Added Board Vice Chair Janice Brumit, who chairs the CEO Search Committee, “Carl’s long and distinguished career has been focused on quality healthcare, and that focus will serve us well in ensuring that Mission maintains its high clinical standards and excellence in patient care during this transition.”

“I am eager to join the Asheville healthcare community, which has earned a national reputation for delivering high quality, cost-effective care,” commented Rider. “I look forward to working with Mission’s superb physicians, administration and staff to keep Mission on the leading edge.”

Rider is a senior fellow with the Center for Global Health and Medical Diplomacy at Brooks College of Health at the University of North Florida. During his career at Mayo Clinic, he served in a variety of roles, including administrator of Mayo Clinic Jacksonville from its initiation in 1984 through 1993. In 1993, he was named Continuous Improvement Officer at Mayo Clinic and in that role served as an examiner for the Malcolm Baldrige National Quality Award. In 2006, he was named the Distinguished Mayo Administrator.

To ensure a smooth transition, Renfro said Rider will work closely with outgoing Mission CEO Joseph F. Damore, who announced his decision to resign this past fall. “Once again, we want to express our thanks to Joe Damore for preparing Mission for the many changes and challenges ahead in healthcare,” Renfro said.

Renfro also announced that the Board has selected the national consulting firm of Korn/Ferry International to lead the recruitment effort for a new Mission chief executive. Korn/Ferry will work closely with Brumit and the 10-member CEO Search Committee, which is made up of current Board members, including three area physicians.
Posted by AshevilleChamber at 1:50 PM