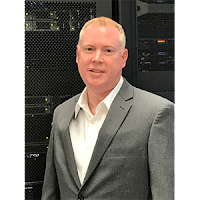 Immedion LLC, a premiere provider of Cloud, data center and managed services, announced today the hiring of David Young as Vice president of Operations. In his new role, David will oversee day-to-day operations of Immedion’s seven data center locations and will provide strategic direction for the company’s engineering, facility management and customer support teams. David will be based in Immedion’s Greenville location.


David comes to Immedion with over sixteen years of experience in operations management and IT. He most recently served as the Director of IT Service Management at McKesson Corporation, where he was responsible for the oversight of shared IT services, budget management and maintaining the company’s strategic plan. Among other previous roles, Young also served the United States Army for three years. He holds a bachelor’s degree from Oral Roberts University as well as an MBA from The University of Texas at Tyler.

“David’s commitment to operational excellence makes him the perfect fit for the role of Vice President of Operations,” said Immedion’s Vice President, Rob Moser. “We are excited for him to join the Immedion team and we look forward to further operational success under David’s leadership.”
Posted by Asheville Chamber at 11:07 AM