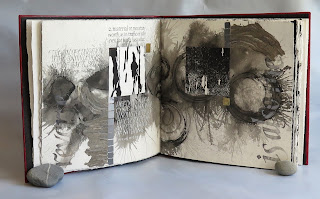 A Show of Hands 2016, the 35th annual international calligraphy conference, will take place June 25 - July 2 at Warren Wilson College in Swannanoa, NC. This is the first time that this conference will be hosted by a southeastern U.S. city. To honor this occasion, Grovewood Gallery has invited a number of world-renowned calligraphers, including several Asheville area calligraphers, to participate in a special showing of their works, which will be on display in the gallery from June 25 - July 24. An opening reception will be held Saturday, June 25 from 2 - 6pm, where visitors can enjoy light refreshments and calligraphy demonstrations by some of the featured artists (free and open to the public).

A Show of Hands 2016 Calligraphy Exhibition is curated by Jessica Yee, former president and current board member of the Triangle Calligraphers Guild. Yee has been a calligrapher for over 25 years and was the exhibit coordinator for the Carolina Lettering Arts Society’s Annual General Meeting in Cary, NC. She has run her own calligraphy business, The Oblique Pen, for the last six years. 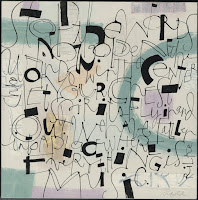 “Lettering artists have always expressed the meaning of words in a visual way. Bringing word and image together has a long history in communication, but contemporary calligraphers explore this principle by using word AS image in new and unique ways,” says Annie Cicale, Co-Director of A Show of Hands 2016. “In this exhibit you’ll see artists who explore a variety of media to explore the new possibilities, unencumbered by the limitations of typography.”
The 35th international calligraphy conference, A Show of Hands 2016, alludes to the hands-on craftsmanship that makes the art of calligraphy so special. These conferences bring together an international collection of fine instructors and suppliers to the trade. Most importantly, they are open to people of every skill level, from beginner to master, who have a passion for the lettering arts. During this year’s conference, both classical and contemporary calligraphy classes will be conducted for more than 300 registered guests, tutored by 26 faculty members from around the world. To learn more about A Show of Hands 2016, or to register for the conference, visit www.ashowofhands2016.com.

A Show of Hands 2016 is sponsored by Black Mountain Center for the Arts.

Posted by Asheville Chamber at 12:25 PM