The Diana Wortham Theatre at Pack Place in downtown Asheville, North Carolina announces the schedule of performances for the 2012/2013 Mainstage Series. The Mainstage Series presents a wide range of top touring artists in music, theater, dance, comedy, and other performing arts in an intimate, 500-seat hall. Tickets for all performances are on sale August 21st and are available online at www.dwtheatre.com as well as from the box office at (828) 257-4530. The theatre offers flexible multi-show discount packages starting with as few as three performances. Savings range from 10% to 20% off Regular prices depending on the number of performances; multi-show packages are available through the Diana Wortham Theatre box only at 828-257-4530.

The 2012-2013 Mainstage Series season opens on September 14, 2012 with Grammy-winning singer/songwriter Kathy Mattea in her newest musical journey, Calling Me Home. Kathy’s brand new project is a collection of songs exploring Appalachia – as a wild and beautiful mountain land, a genre of distinctly American music, and for many, the deep roots of family. Kathy Mattea’s performance is part of the 2012-2013 Mainstage Music Series, expanded to eight performances throughout the 2012/2013 Season. 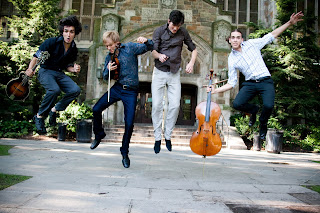 The 2012-2013 Mainstage Music Series at Diana Wortham Theatre features some of the nation’s top touring acts. Jeremy Kittel Band (October 12, 2012) is foremost among a new breed of fiddlers and violinists who easily navigate a multitude of musical styles and traditions. Janis Ian & Tom Paxton: Together At Last (October 20, 2012) features two of the greatest songwriters in America, passionate pillars of the nation’s songwriting and folk music community. One of the most highly awarded groups ever assembled, Mountain Heart (November 9, 2012) has been synonymous with cutting-edge excellence in acoustic music circles since the group’s creation in 1999. Originally from Switzerland and now living in North Carolina, The Kruger Brothers (November 17, 2012) quickly gained national and local attention alike for the sheer depth of their artistry and their technical, virtuosic playing. John McCutcheon (February 23, 2013) is one of the nation’s most respected folksingers and storytellers, as well as a master of a dozen different instruments. First-time patrons and returning fans can count on Leahy (March 5 & 6, 2013) to bring its powerhouse of eight musical brothers and sisters to the DWT stage with fiery fiddling, blazing step dancing and Cape Breton musical brilliance. And multi-Grammy Award winning Jimmy Webb (March 15, 2013) shares an evening of cherished standards and platinum-selling classics with himself at the keys. 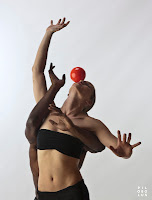 The 2012-2013 Mainstage Dance Series, recognized for offering some of the nation’s foremost dance companies right here in Asheville, opens with a fierce and eclectic evening of Spanish dance and music with Flamenco Vivo Carlota Santana (February 21 & 22, 2013), featuring stirring solos, sizzling duets, and festive company dances in its program, La Pasión Flamenca. As one of the country’s top touring companies, River North Dance Chicago (March 8 & 9, 2013) is celebrated for creating vital connections between the dancers and audience as well as presenting gutsy and entertaining works. And internationally acclaimed for its mix of humor and drama, Pilobolus (March 19 & 20, 2013) is back to wow Asheville audiences with its athleticism, invention, and grace.


The 2012/2013 Mainstage Theatre Series features three compelling performances. American Place Theatre’s Literature to Life® presents The Giver (October 23, 2012), a John Newbery Medal-winner and critically acclaimed canonical work, due for release as a major motion picture in 2013. Aquila Theatre Company brings two nights of top drawer entertainment to Diana Wortham Theatre: first with Edmond Rostand’s Cyrano de Bergerac (February 1, 2013), one of the most famous romantic adventures in world literature; and then the following night the renowned company breathes fresh life into The Taming of the Shrew (February 2, 2013), Shakespeare’s story of the timeless battle of the sexes. Aquila Theatre’s “two plays in one weekend” afford audiences the chance to see the same remarkable cast in very different roles, often dissimilar in nature, in the same weekend.

The 2012-2013 Mainstage Celtic Series presents four unforgettable bands in the Scots-Irish tradition. Full of energy and youthful innovation, FullSet (February 28, 2013) currently reigns as Ireland’s 2012 New Group of the Year (Live Ireland Music Awards) and as its 2012 Best New Band (Irish American News Music Awards). More than any Irish group, the quintet Altan (March 21, 2013) is “one of the Celtic world’s great treasures, gifted with a front line that is sheer powerhouse” (L.A. Times). Immensely popular on the Continental festival circuit, Comas (April 25, 2013), meaning “power” in Gaelic, perfectly reflects the intensity and magic inherent in Irish music. And one of Scotland’s most respected and popular musicians is also one of the theatre’s most requested performers: An Evening with Dougie MacLean (May 12, 2013) delights Asheville audiences in a special Mother’s Day treat in 2013. 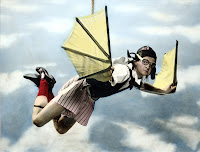 The 2012-2013 Mainstage Special Attractions Series showcases four performances that cross multiple genres. No matter what party affiliation, humor is the best medicine in an election year – and The Capitol Steps (October 17 & 18, 2012) provides the cure as it digs into the headlines of the day with its infamous song parodies and skits, putting the “mock” in Democracy. Motet: Circo Aereo + Gandini Juggling (November 1 & 2, 2012) is magical imagery and enthralling, gravity-defying movement from some of Europe’s most creative and charming “New Circus” performers. Celebrate winter’s allure at a special 10th anniversary edition of A Swannanoa Solstice (December 16, 2012 – two shows), a beloved holiday tradition featuring world renowned musicians Al Petteway, Amy White and Robin Bullock who are joined by a wealth of storytellers, dancers and special guest musicians, along with host, Doug Orr. And the essence of Asheville will revel in the collision of absurdist theatre and circus magic of Tomas Kubinek: Certified Lunatic and Master of the Impossible (January 19, 2013), an exuberant show that is equal parts comic brilliance, virtuosic vaudeville, and irresistible charm.

The Annual Theatre Benefit Party + Performance on April 27, 2013 is a night of friends, festivity and fun. The delectable pre-performance dessert and wine reception for VIP ticket holders begins at 7:30 p.m. – the perfect opportunity to mingle with theatre friends and make new ones. Then the party moves into the theatre at 8:30 p.m. for the evening’s hysterical entertaiment, Broadway’s Next H!T Musical. Master improvisers gather made-up, hit songs suggestions from the audience and create a spontaneous evening of music and laughter. All proceeds from the Annual Theatre Benefit Party + Performance featuring Broadway’s Next H!T Musical provide vital financial support for the ongoing programs of the Diana Wortham Theatre. A portion of the ticket price is a tax-deductible contribution to the theatre.

The Diana Wortham Theatre at Pack Place is located in the same complex as the Asheville Art Museum and the Colburn Earth Science Museum and is within walking distance of many shops and restaurants. The intimate theatre seats just over 500 and boasts exceptional acoustics and sightlines, making it the premier performance space in all of Western North Carolina. The Mainstage Series is supported by a grant from the North Carolina Arts Council, a state agency. The Mainstage Series 2012/2013 Season Sponsors are the Asheville Citizen-Times, Creative Energy, Laurey’s Catering and Gourmet-to-go, the North Carolina Arts Council, and Asheville Renaissance Hotel. To obtain more information on the Mainstage Series or to purchase tickets, call the theatre’s box office at (828) 257-4530 or visit www.dwtheatre.com

Posted by Asheville Chamber at 2:05 PM