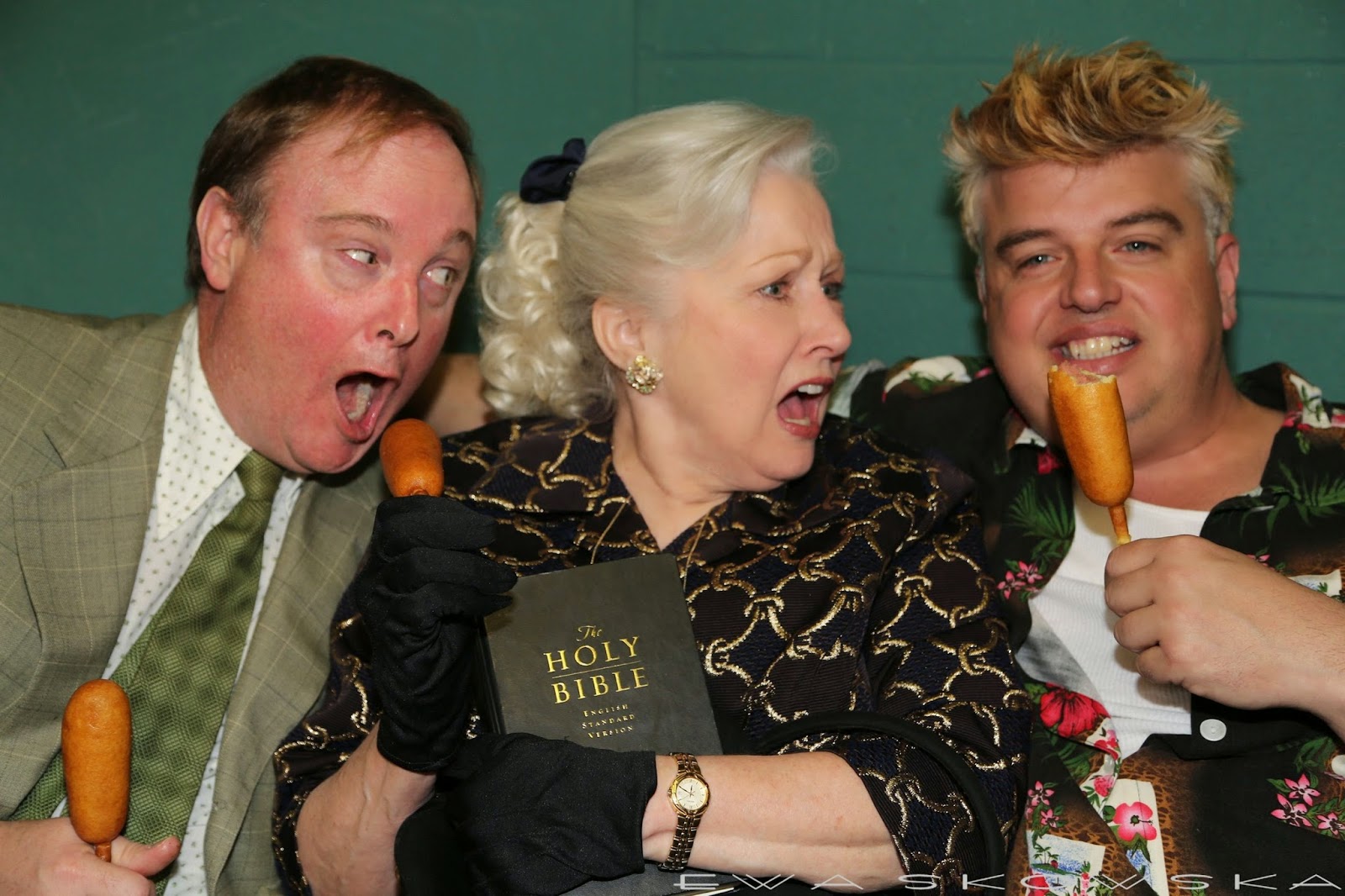 Dearly Departed, written by David Bottrell and Jessie Jones, is a Southern comedy centered on a family coming together at a funeral. The show runs from April 11th through April 27th, with performances Fridays and Saturdays at 7:30 pm and Sundays at 2:30 pm. Directed by Lauren Fortuna, the show will be held on Asheville Community Theatre’s Mainstage. Tickets are $22.00 for adults, $19.00 for seniors (65+) and students, and $12.00 for children 17 and under. Tickets can be purchased online on the ACT website, by phone, or in person at the ACT box office located at 35 East Walnut Street in downtown Asheville.

Dearly Departed is set in the Baptist backwoods somewhere below the Mason-Dixon line. The extended Turpin family is gathering for the funeral of Bud, the patriarch of the family whose untimely and undignified passing included falling out of a kitchen chair during breakfast. In between casket selections (“The Gentleman Farmer” or “The Diplomat”?) and managing the post-funeral potluck (“Peach cobbler” or “Macaroni and Ham Loaf Surprise with Cheese”?), the family also deals with marriage infidelities, mounting funeral bills, and a preacher with gastro-intestinal issues. Dearly Departed is co-authored by Jessie Jones, who has recently partnered with Nicholas Hope and Jamie Wooten to write a series of hugely popular comedies, including Dearly Beloved, Southern Hospitality, The Dixie Swim Club, and others.

Dearly Departed features an array of funny characters who find themselves in situations that range from almost normal to slightly absurd. ACT’s production features a cast of 19 which includes veterans and newcomers to the ACT stage. Diane Chapman, Craig Justus, Waylon Wood and Honor Moor are among the familiar faces returning to the ACT stage while Amy LaDeroute, Judi Pratt, and Susie Davis are among those making their ACT debuts.

This marks the fourth time that director Lauren Fortuna has directed Dearly Departed. “It kind of feels like home,” said Fortuna. “This show illustrates that the love of friends and family is what helps pulls you through.” Fortuna is also well known for her onstage roles in Live From WVL Radio: It’s A Wonderful Life, Moonlight and Magnolias, and others in the Asheville area.

For more information about Dearly Departed or the rest of ACT’s Mainstage season, please visitwww.ashevilletheatre.org.
Posted by Asheville Chamber at 10:10 AM