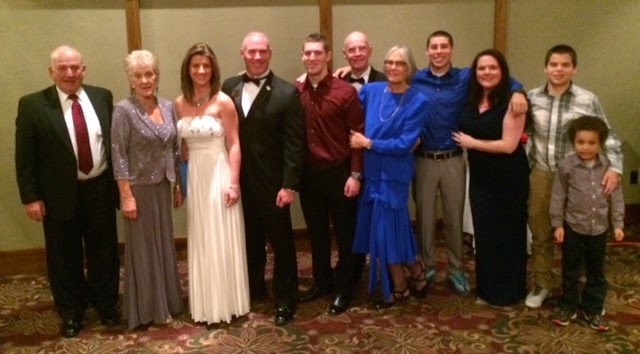 The NC Home Builders Association held their 4th Quarter meetings at the Omni Grove Park Inn in Asheville, North Carolina. A new slate of officers and regional vice presidents were elected, including the new NCHBA President and were installed in a ceremony that was held the evening of December 2nd. Sean Sullivan, President of Living Stone Construction, based in Black Mountain, NC, was installed as the 2015 NCHBA President.

Sullivan has been building homes in the Western North Carolina area for almost 20 years. While earning his Unlimited Building License and Accredited Master Builder designation, he became the President of the Asheville Home Builders Association in 2008. During his term as president, he oversaw 30% growth of the association. Through the years he has served in many different leadership roles within the local association and then the state association. In 2013, he served as NCHBA Region 10 Vice President before being installed as President-Elect for 2014.

"Home building represents 16% of the GDP and is an important driver in our country's economic engine," Sullivan says in regards to the importance of the industry. "I am honored to represent North Carolina, the largest state association in the country." Sullivan is only the second President of the NCHBA from the Western part of North Carolina.
Posted by Asheville Chamber at 10:38 AM