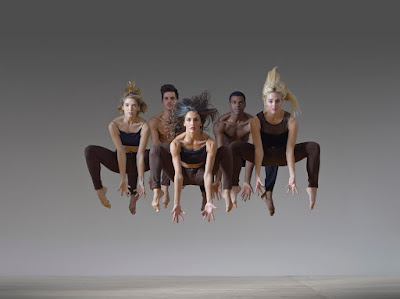 Having toured more than 383 cities, 22 countries and 5 continents at the most notable theaters and festivals worldwide including The Kennedy Center for the Performing Arts, Maison de la Danse, Teatro La Fenice, and Teatro Muncipal do Rio de Janeiro, Parsons Dance retains a repertory of more than 75 works by its artistic director.

In addition to choreography and performance, Parsons Dance engages audiences of all ages through education and outreach programs. The company hosts post-show discussions, open rehearsals, studio showcases, and open company classes, as well as three weeks of summer workshops in dance and choreography for pre-professional dancers and in-school workshops for public school students in New York City. Parsons also launched the GenerationNOW Fellowship, a yearlong mentorship under the company’s tutelage that culminates in a commission that premiers as a part of the Parsons Dance’s season at the Joyce Theater and joins the company’s touring repertory for the following season.

Raised in Kansas City, David Parsons received an MFA from Jacksonville University as the first Howard Gilman Fellow and an honorary Doctorate from the University of Missouri. Parsons has cultivated educational partnerships with Marymount Manhattan College, Broadway Dance Center, and the Manhattan Movement and Arts Center.

Posted by Asheville Chamber at 11:07 AM