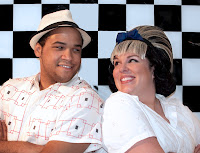 Hairspray opens ACT’s 2012-13 season: The big Broadway musical Hairspray will usher in Asheville Community Theatre’s 67th season. Hairspray is set in Baltimore in 1962 where plump teenager Tracy Turnblad's dream is to dance on The Corny Collins Show, a local TV dance program. When Tracy wins a role on the show, she becomes a celebrity overnight. She then launches a campaign to integrate the show with new friends Seaweed and his mother Maybelle. Hairspray is a light-hearted social commentary on the racial injustices in the 1960s.  Hairspray opens on September 21, 2012 and will run for four weekends through October 14, 2012. Tickets range from $15-$25.00 and are available online, by phone, or in person.

Auditions for Light Up the Sky: The Autumn Players will hold auditions for Moss Hart’s comedy on September 11, 2012 from 10:30 am – 2:30 pm. Light Up the Sky will be performed as reader’s theatre. Auditions are open to all in the community, no previous experience required.  All audition material is provided at the auditions. Directed by Arnie Sgan.

Auditions for Inspecting Carol: Asheville Community Theatre will hold auditions for the comedy Inspecting Carol on September 25-26, 2012 from 6:00-8:00 pm. Auditions are open to all in the community, no previous experience required.  All audition material is provided at the auditions.
Directed by Joan Atwood.

Storytelling series Listen to This: September’s theme is “Brushes with Greatness: Celebrated Encounters with Celebrities” on September 27, 2012 at 7:30 pm. Listen to This features stories and original songs from locals.  Tickets are $10.00.

Readers Theatre Showcase production of Light Up the Sky: This backstage comedy shines the spotlight on the Broadway opening of a new play by a young, untested playwright.  A colorful and very flamboyant cast of theatre folk take the audience right into the 1940’s theatre scene in New York with its crazy highs, lows and ever-present unpredictability.  This production marks the 20th birthday of The Autumn Players. Written by Moss Hart. Directed by Arnie Sgan. Performances are Friday, September 28 and Saturday, September 29 in 35below at Asheville Community Theatre and Sunday, September 30 at the Reuter Center on the campus of UNCA.  All performances begin at 2:30. Tickets are $5.00 and are available at the door. 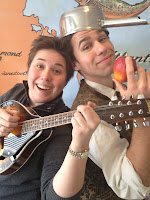 Saturdays at ACT returns with Bluegrass and Tall Tales: On September 29, 2012, Bright Star Touring Theatre returns to headline Asheville Community Theatre’s Saturday family series. Bluegrass and Tall Tales combines great American literature with some toe-tapping bluegrass interludes!  Join these musical actors as they bring to life some of the best American Tall Tales in this upbeat production. The stories of Daniel Boone, Johnny Appleseed, and Paul Bunyan are just a few tales that are interspersed with some old fashioned southern style bluegrass music. Performance begins at 10:00 am. Tickets are $5.00 and are available at the door.

For more information on any of the events at Asheville Community Theatre, please visit www.ashevilletheatre.org.
Posted by Asheville Chamber at 4:31 PM