The Diana Wortham Theatre at Pack Place in downtown Asheville, North Carolina announces the schedule for its 2013/2014 Intersections Series, a series held in The Forum at Diana Wortham Theatre. Featuring a full season of classes, discussions, and performances, Intersections is an opportunity for patrons to connect more deeply with the arts, artists, and each other. The Forum, a large multi-purpose space adjacent to the theatre and accessible from the theatre’s main lobby, is the venue for all Intersections events unless otherwise announced.


Performances: The Intersections Series features two performing artists in the 2013/2014 season. The ultimate troubadour Jim Malcolm (November 20, 2013) performs “Just Flown In From Scotland.” Malcolm warms the soul with masterful guitar and harmonica peppered with funny stories and engaging wit. And Dirty Barbie (January 23-25, 2014) written, directed and performed by Denise Stewart is a fun and poignant one-woman show that speaks to the secret lives of girls, the way we play, and the unsupervised side of childhood. Tickets are available through the Diana Wortham Theatre at www.dwtheatre.com and (828) 257-4530. 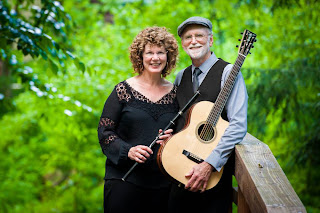 The Sing Together Series is designed for family and friends to celebrate the joy of music and singing in spirited sessions with musicians Beth and Jim Magill. All skill levels are welcome. Bring family and friends, make new friends and create community through song. The 2013/2014 Sing Together Series offers themed gatherings from October 2013 to May 2014 at 6:30 p.m. in The Forum at Diana Wortham Theatre including: 60s Folk Revival (adults, October 11, 2013), Winter Songs (families, December 13, 2013), Freedom Songs & Spirituals with guest artist Becky Stone (adults, February 7, 2014), Get Your Irish On (families, March 7, 2014), Campfire Songs (families, April 11, 2014), and Mitch Miller (adults, May 23, 2014). $10 adults/$8 children 12 and under; children 2 and under are free.


Pre-performance discussions are once again offered in association with the Mainstage Dance and Theatre performances. Ticket holders of these performances are invited to enhance their understanding and enjoyment of select performances in the Mainstage Series by attending this free pre-performance discussion, lead by a professional from the community or an associate with the creative staff of the performing artist. Pre-show discussions are held at 7:00 p.m. prior to the performance and include: Shakespeare on Trial on November 23, 2013; Eisenhower Dance on January 17 & 18, 2014; and Aquila Theatre in Fahrenheit 451 on January 31, 2014, and in Twelfth Night on February 1, 2014. A Master Class will be offered with The Chase Brock Experience on March 22, 2014. More details regarding this opportunity will be made available on the Diana Wortham Theatre website.


To obtain more information on the Diana Wortham Theatre’s Intersections Series, reserve a space in a class or group, or purchase performance tickets, call the theatre’s box office at (828) 257-4530 or visit www.dwtheatre.com.
Posted by Asheville Chamber at 4:40 PM