With virtuosic dancers and thrilling choreography, one of the nation’s premier contemporary dance companies Eisenhower Dance blends drama, momentum and force with technical brilliance in its performances at Diana Wortham Theatre on Friday and Saturday, January 17 and 18, 2014 at 8:00 p.m.


Founded by Artistic Director Laurie Eisenhower in 1991, Eisenhower Dance has been captivating audiences for more than two decades with an evolving, exhilarating repertoire dedicated to the performance of a diverse range of contemporary dance works. 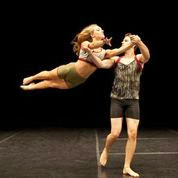 In its January 17 & 18 performances at Diana Wortham Theatre, Eisenhower Dance performs the following works: Begin with the End in Mind, an abstract work by Ron de Jesus that showcases the dancers’ dynamic range, from soft and tender to powerful and athletic; Open Veins by Laurie Eisenhower, a virtuosic pure movement work; Threads, a luscious and passionate work for eight dancers—a signature work by Eisenhower Dance and an audience favorite; Music Lesson, a piece by Eisenhower that utilizes old recordings of narrated music lessons spliced with new music samples, giving a tongue-in-cheek version of music history and form; and Better Places, a crown-pleasing suite of five dances to Southern and Blues influenced music, also by Eisenhower. An additional work by a guest choreographer will be revealed at the performances.


Eisenhower Dance has received critical acclaim along with enthusiastic audience support from around the world, called “stunning” by the Holland Sentinel and acclaimed as “intelligently crafted repertoire” by Dance Magazine. The company has received numerous grants and awards for its work, including a prestigious Touring Award from the New England Foundation for the Arts (NEFA) to present its work NewDANCEfest during the 2012-2013 season. With support from the Michigan Council for Arts and Cultural Affairs, the company has also collaborated with Michigan Opera Theatre, the Warren Symphony, the Immigrant Suns, the Rackham Symphony Choir in Carmina Burana, and the Motor City Lyric Opera and the Toledo Opera in Amahl and the Night Visitors.


Since founding Eisenhower Dance, Laurie Eisenhower has created over 100 dances for the company in addition to works for numerous professional and university dance companies. She has been awarded several Creative Artists grants from state arts foundations, the Michigan Dance Association Choreographers Festival Award, the Women in Art Award for Choreography, Artserve’s Michigan Governor’s Arts Award for Outstanding Michigan Artist and, most recently, the prestigious 2012 Kresge Artist Fellowship. 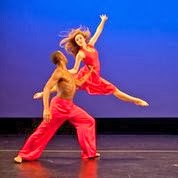 Eisenhower Dance performances are also part of the Matinee Series for Students and Families. “Kids in Motion” is a special performance for the after school crowd on Wednesday, January 15 at 3:30pm, where students learn about the dance profession, why people dance, choreography, and the different styles of dance through fun and interactive audience participation. Then on Friday, January 17 at 10:00am, Eisenhower Dance presents “Motown in Motion,” a fast-paced and lively presentation highlighting the history of Motown and the elements of dance. Tickets still available for both Matinee Series performances by calling the box office at 828-257-4530. The Matinee Series is open to school groups, homeschoolers, community groups, and families.


In addition to the public performances, Eisenhower Dance presents a Master Class for the public on Thursday, January 16 from 10:45am until 12:00pm at the UNC-Asheville Dance Studio in the Sherrill Center. There is no registration required or cost associated with this Master Class.


For insight and increased enjoyment, ticket holders of the January 17 & 18 evening performances can attend free pre-performance discussions with Laurie Eisenhower and/or Eisenhower Dance dancers in The Forum at Diana Wortham Theatre at 7:00pm both nights prior to the 8:00pm performances. Seating is limited and offered on a first come, first served basis. We regret that we may not admit patrons to the discussions after 7:10pm.


Eisenhower Dance’s Asheville performances are funded in part by a grant from South Arts in partnership with the National Endowment for the Arts and the North Carolina Arts Council; and presented with support from The Art Fryar Charitable Trust; and by Performance Sponsors Steve & Rena Hoffman, and by Mainstage Dance Series Sponsors Hedy Fischer & Rancy Shull, Tina & John McGuire, Ronna & Rob Resnick, BMW of Asheville, and Diamond Brand Outdoors; with additional support from Media Sponsors WNC magazine and WCQS 88.1FM.


The new entrance for the Diana Wortham Theatre at Pack Place is marked by the location of the theatre’s new marquee between 12 and 14 Biltmore Avenue. Patrons enter the theatre through the breezeway between Marble Slab Creamery and Circle in the Square restaurants, and into a large interior courtyard for Pack Place with multiple glass doors to the theatre’s lower lobby and new box office. The intimate theatre seats just over 500 and boasts exceptional acoustics and sightlines, making it the premier performance space in Western North Carolina. The Mainstage Series is supported by a grant from the North Carolina Arts Council, a state agency. The Mainstage Series 2013/2014 Season Sponsors are the Asheville Scene, Blue Moon Water, Creative Energy, Laurey’s Catering and Gourmet-to-go, the North Carolina Arts Council, and the Renaissance Asheville Hotel. To obtain more information on the Mainstage Series or to purchase tickets, call the theatre’s box office at (828) 257-4530 or visit www.dwtheatre.com.
Posted by Asheville Chamber at 8:51 AM