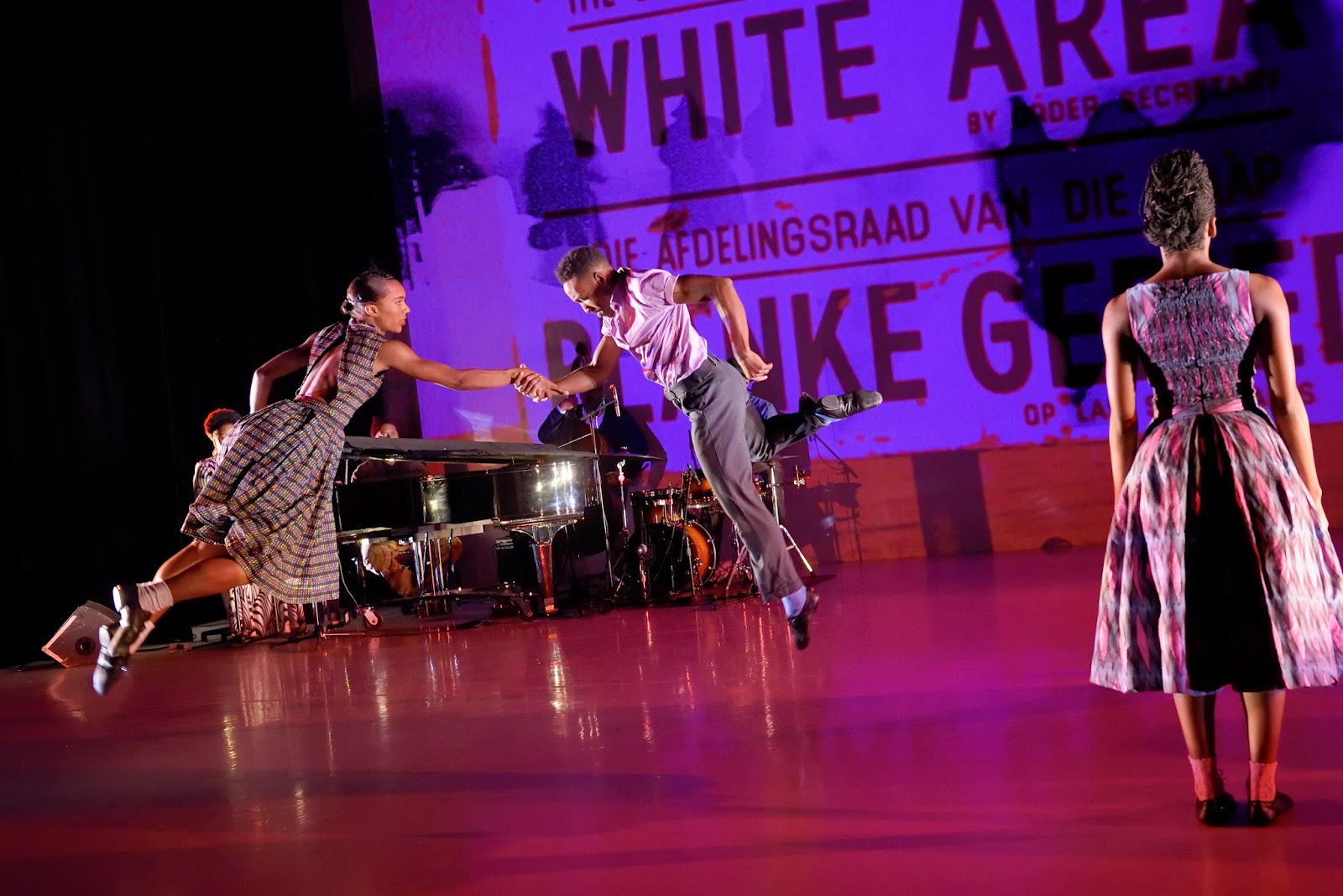 Choreographer and 2013 MacArthur Fellow Kyle Abraham’s New York-based dance company, Abraham.In.Motion, brings a fresh, unique vision to the Diana Wortham Theatre with its groundbreaking work, When the Wolves Came In, Tuesday & Wednesday, March 24 & 25, 2015 at 8:00 p.m. Abraham.In.Motion was just named one of The Boston Globe ‘s Top 10 Dance Picks in the nation (2014), won the prestigious Jacob’s Pillow Dance Award in 2012, and has been cited as “25 to Watch” by Dance magazine and one of New York’s “Best and brightest creative talents” by OUT magazine.

Timely and relevant to the current national spotlight on race and equality, Abraham.In.Motion’s When the Wolves Came In takes its inspiration from jazz legend Max Roach’s iconic 1960 protest album, We Insist: Max Roach’s Freedom Now Suite. This album, originally intended to be released in 1963 to mark the centennial of the Emancipation Proclamation, was released in the fall of 1960 due to the severity sparked by the sit-ins in Greensboro, NC, and the urgency of the growing civil rights movement in the U.S. and South Africa.

Kyle Abraham began working on When the Wolves Came In after a visit to the Hector Pieterson Museum in Soweto, South Africa. While there, he became fixated on the power of perception, and the ways that the 13-year-old Pieterson’s death in a 1976 anti-Apartheid protest shines a spotlight on questions of personal choice and collective rights in the struggle for freedom today.

“I keep going back to Roach’s response when asked about the song, ‘Freedom Day,’” says Abraham. “[Roach said] ‘Freedom itself was so hard to grasp...we don’t really understand what it really is to be free.’

Kyle Abraham’s dance company, Abraham.In.Motion (A.I.M.), was born into hip-hop culture in the late 1970s and grounded in Abraham’s artistic upbringing in classical cello, piano, and the visual arts. The company’s works strive to delve into identity in relation to a personal history, with a strong emphasis on sound, human behavior and all things visual, in an effort to create an avenue for personal investigation and exposing that on stage. A.I.M. is a representation of dancers from various disciplines and diverse personal backgrounds. Combined together, these individualities create movement that is manipulated and molded into something fresh and unique.

A 2013 MacArthur Fellow (known most familiarly as the MacArthur “Genius” Awards), Kyle Abraham began his dance training at the Civic Light Opera Academy and the Creative and Performing Arts High School in Pittsburgh, Pennsylvania. He continued his dance studies in New York, receiving a BFA from SUNY Purchase and an MFA from NYU Tisch School of the Arts. In November 2012, Abraham was named the newly appointed New York Live Arts Resident Commissioned Artist for 2012–2014. Just one month later, Alvin Ailey American Dance Theater premiered Abraham’s newest work, Another Night, at New York’s City Center to rave reviews. That same year, Abraham was named the 2012 Jacob’s Pillow Dance Award recipient and 2012 USA Ford Fellow. Abraham received a prestigious Bessie Award for Outstanding Performance in Dance for his work in The Radio Show, and a Princess Grace Award for Choreography in 2010. The previous year, he was selected as one of Dance Magazine’s 25 To Watch for 2009, and received a Jerome Travel and Study Grant in 2008.

Pre-Performance Discussions: Kyle Abraham and Abraham.In.Motion company members will lead a pre-performance discussion at 7:00 p.m. prior to the March 24 and 25 performances in The Forum off of the main lobby. Free to ticket holders. Seating is limited and offered on a first come, first served basis. We regret that we may not admit patrons to the discussions after 7:10 p.m. Info: 828.257.4530.

Adult Gender Identity Workshop: In recognition of Kyle Abraham’s contributions to Dancers Responding to AIDS, Diana Wortham Theatre is partnering with The Western North Carolina Aids Project (WNCAP) to co-present Abraham.In.Motion’s Dance as Identity Ownership workshop which uses dance to explore verbal and movement dialogue about gender and sexuality. Date, time and location of workshop to be announced. Info: 828.257.4530.

When the Wolves Came In was commissioned and produced by New York Live Arts through its Resident Commissioned Artist Program, with lead support from The Andrew W. Mellon Foundation. The performances are supported in part by the New England Foundation for the Arts’ National Dance Project, with lead funding from the Doris Duke Charitable Foundation and The Andrew W. Mellon Foundation, with additional support from the National Endowment for the Arts. The performances are funded in part by a grant from South Arts in partnership with the National Endowment for the Arts and the North Carolina Arts Council.

The entrance for the Diana Wortham Theatre at Pack Place is marked by the location of the theatre’s marquee between 12 and 14 Biltmore Avenue. Patrons enter the theatre through the breezeway between Marble Slab Creamery and White Duck Taco and into a large interior courtyard with multiple glass doors to the theatre’s main lobby and box office. The intimate theatre seats just over 500 and boasts exceptional acoustics and sightlines, making it the premier performance space in Western North Carolina. The Mainstage Series is supported by a grant from the North Carolina Arts Council, a state agency. The Mainstage Series 2014/2015 Season Sponsors are the Asheville Scene, Blue Moon Water, Creative Energy, Laurey’s Catering and Gourmet-to-go, the North Carolina Arts Council, and the Renaissance Asheville Hotel. To obtain more information on the Mainstage Series or to purchase tickets, call the theatre’s box office at (828) 257-4530 or visit www.dwtheatre.com.

Posted by Asheville Chamber at 9:29 AM