“Some things can’t be erased.”

Produced/Directed by Elliot Weiner at Asheville Community Theatre’s 35below

ACT is pleased to announce the upcoming production and WNC debut of TAPE by Stephen Belber.  TAPE was first produced at the Actors Theatre of Louisville — Humana Festival of New American Plays and was later a film starring Ethan Hawke, Robert Sean Leonard, and Uma Thurman.

The issues raised in TAPE are very timely, given the sexual abuse questions raised daily in sports, on college campuses and the entertainment industry, from Ray Rice to Bill Cosby.

PLOT:  In a cheap Lansing, MI, motel room, Jon shares his feelings with Vince, his high school best friend, about a long-ago event with Vince’s former girlfriend, Amy.  Vince pulls out a tape and tells Jon that he just recorded Jon’s admission of that horrific date rape evening.  Vince has also invited Amy, THE girl in both their pasts, to meet them in the motel room.  The clock is ticking, and Jon must decide whether to run or stay and face Amy, who is now an Assistant District Attorney. 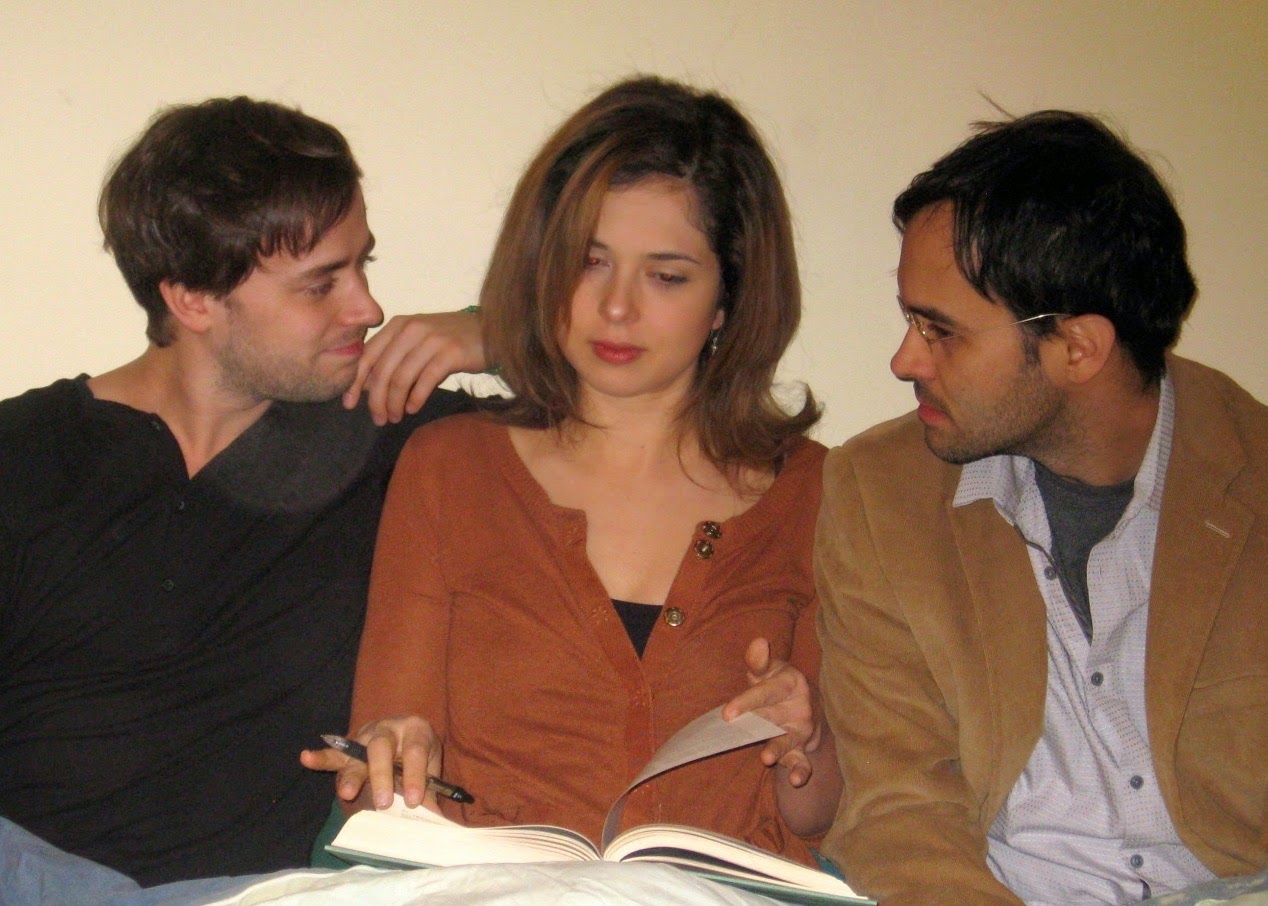 TAPE examines that confrontation and their shared perceptions of betrayal and anger; memory and motives.  The cast delves into the incident that occurred their last night of high school and to what extent it was rape, Josiah McManus (Vince) has his Drama BFA from UNCA and plans to pursue his MFA.  Anthony Abraira (Jon) returns to the stage after playing Richard Roma in Mamet’s “Glengarry Glen Ross.”  Amanda Shive (Amy) teaches at Key School at Carolina Day and is a friend to all animals great and small.  Stage Manager Kathy Ferrell has sound designed and been stage manager for several area productions.

TAPE producer/director Elliot Weiner, says, “Belber’s intriguing script lets the relationships of these three wonderful characters come through.  Beneath the ‘Did he or didn’t he?’ question, the play distills into a darkly humorous, always powerful examination of friendship, loyalties, and at what price one can find redemption.”  Weiner recently moved to Asheville from Tacoma, WA and has been involved in all aspects of theatre, professional and community, for many years.

REVIEWS:  "…TAPE is terrific…Belber has expert fun torturing his characters with the things that never get said…”      —The New Yorker.
“Fascinating and entertaining…a terrific play…Real talk, real characters, real situations—a real play." —NY Post.
“…when it comes to reminding us just why we leave our homes on a cold winter's night and seek the special joys of a live theatrical performance, Belber has the big guys beat…" —WSJ.
“TAPE is a sordid and beautiful take on human relationships." —Show Business Weekly.

TAPE opens Friday, March 6th and run through Sunday, March 22, 2015 with performances Friday and Saturday nights at 7:30 pm and Sunday afternoons at 2:30 pm.  Tickets are available online, over the phone, or in person at the Asheville Community Theatre Box Office.  All tickets are $15.00.

For more information about TAPE or about Asheville Community Theatre, please visit www.ashevilletheatre.org.

Posted by Asheville Chamber at 11:26 AM