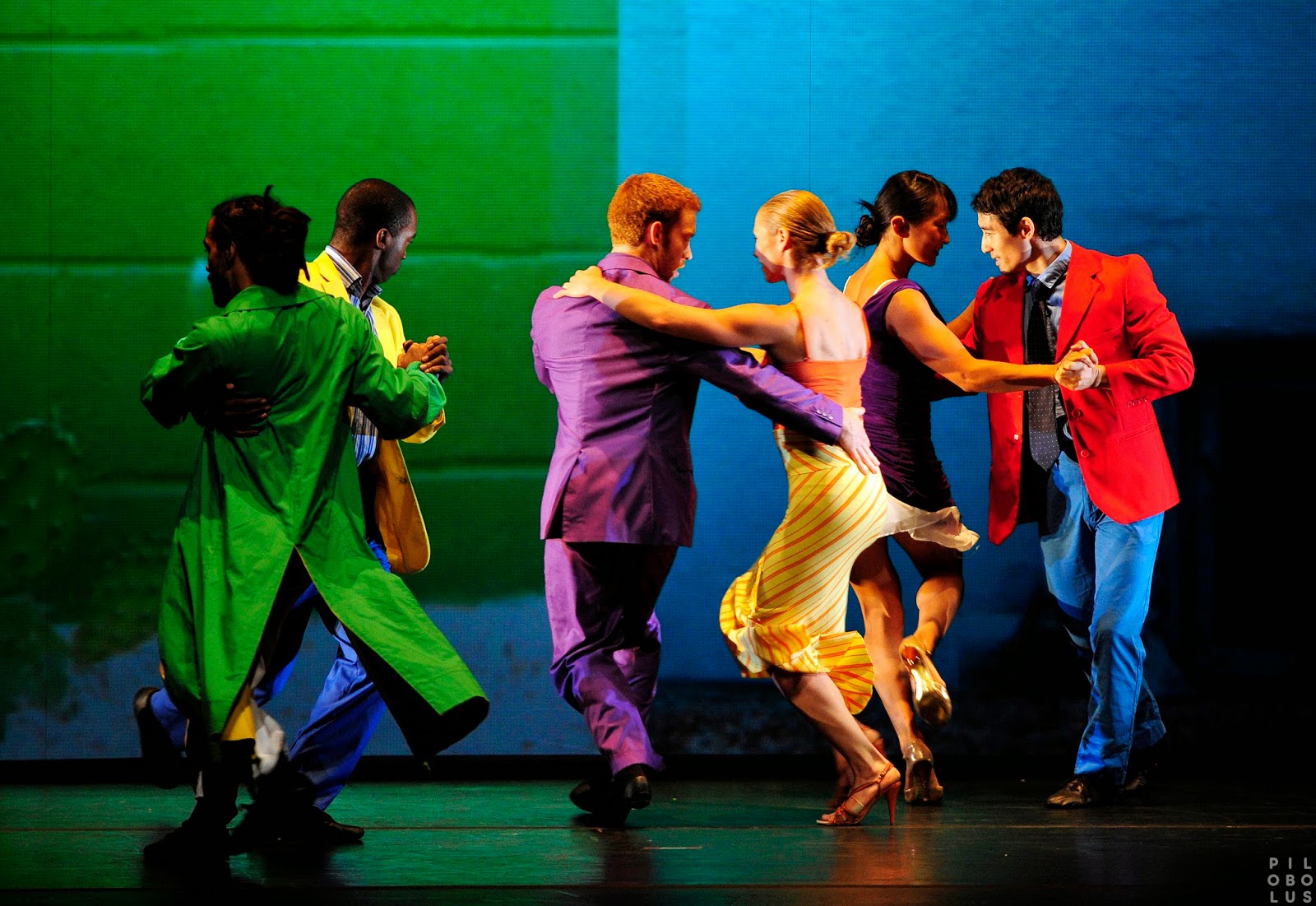 A returning favorite of Asheville audiences, Pilobolus performs its breathtaking combination of humor and invention Tuesday and Wednesday, April 7 & 8 at 8:00 p.m. at Diana Wortham Theatre. At once witty and sensual, the company engages and inspires audiences the world over, both physically and intellectually, with gravity-defying works. “Bodies become imagery, and one image merges into another, organically, poetically, inexplicably” (The New York Times). With its novel approach to dance infused with humor, science and incredible feats of the human body, Pilobolus makes modern dance accessible and fun for all.

Named after a barnyard fungus that propels its spores with extraordinary speed, accuracy, and strength, Pilobolus continually forms diverse collaborations that break down barriers between disciplines and challenge the way we think about dance. With its collaborative choreographic process and unique weight-sharing approach to partnering, Pilobolus has appeared on Sesame Street, 60 Minutes, Late Night with Conan O’Brien and has been honored as the first collective to receive the Dance Magazine Award as well as other prestigious honors, such as a Primetime Emmy Award, the Samuel H. Scripps American Dance Festival Award for Lifetime Achievement, and a TED Fellowship.

In its April 7 & 8 performances at Diana Wortham Theatre, Pilobolus performs* the following works: On the Nature of Things (2014); Skyscrapers (2012) based on original concept and choreography by Trish Sie for Skyscrapers, the music video for alternative rock band OK Go; Untitled 2015 (Preview); [esc] (2013) a piece created through Pilobolus’s International Collaborators Project; and Day Two (1980).

Pre-Show Event: During both evenings of the Pilobolus performances, the theatre conducts its annual raffle to benefit the Youth Education Scholarship (Y.E.S.) Fund. The theatre’s Y.E.S. Fund creates an opportunity for all children to experience the arts by providing scholarships for underprivileged children to attend Matinee Series performances. At the annual raffle, patrons can purchase raffle tickets for $5 (or 5 for $20) with cash or check, for a chance to win prize packages from regional businesses and artists such as art and craft gallery items, restaurant gift certificates, homemade goods, tickets for area performing arts venues and attractions, retail and services, and more. Each night’s winners will be posted in the lobby at the end of the performance. Winners can take their prize home that night, or pick it up at a later time. Drinks and snacks will be available for purchase throughout the evening. All raffle ticket proceeds benefit local students.

The entrance for the Diana Wortham Theatre at Pack Place is marked by the location of the theatre’s marquee between 12 and 14 Biltmore Avenue. Patrons enter the theatre through the breezeway between Marble Slab Creamery and White Duck Taco and into a large interior courtyard with multiple glass doors to the theatre’s main lobby and box office. The intimate theatre seats just over 500 and boasts exceptional acoustics and sightlines, making it the premier performance space in Western North Carolina. The Mainstage Series is supported by a grant from the North Carolina Arts Council, a state agency. The Mainstage Series 2014/2015 Season Sponsors are the Asheville Scene, Blue Moon Water, Creative Energy, Everyday Gourmet, Laurey’s Catering and Gourmet-to-go, the North Carolina Arts Council, and the Renaissance Asheville Hotel. To obtain more information on the Mainstage Series or to purchase tickets, call the theatre’s box office at (828) 257-4530 or visit www.dwtheatre.com.

Posted by Asheville Chamber at 9:22 AM