"If you build it, they will come," said Dr. Cathy Franklin-Griffin, at the groundbreaking of the new Ferguson Health Sciences Center at Mars Hill University March 13. "And they are already coming; we are overrun with interest." 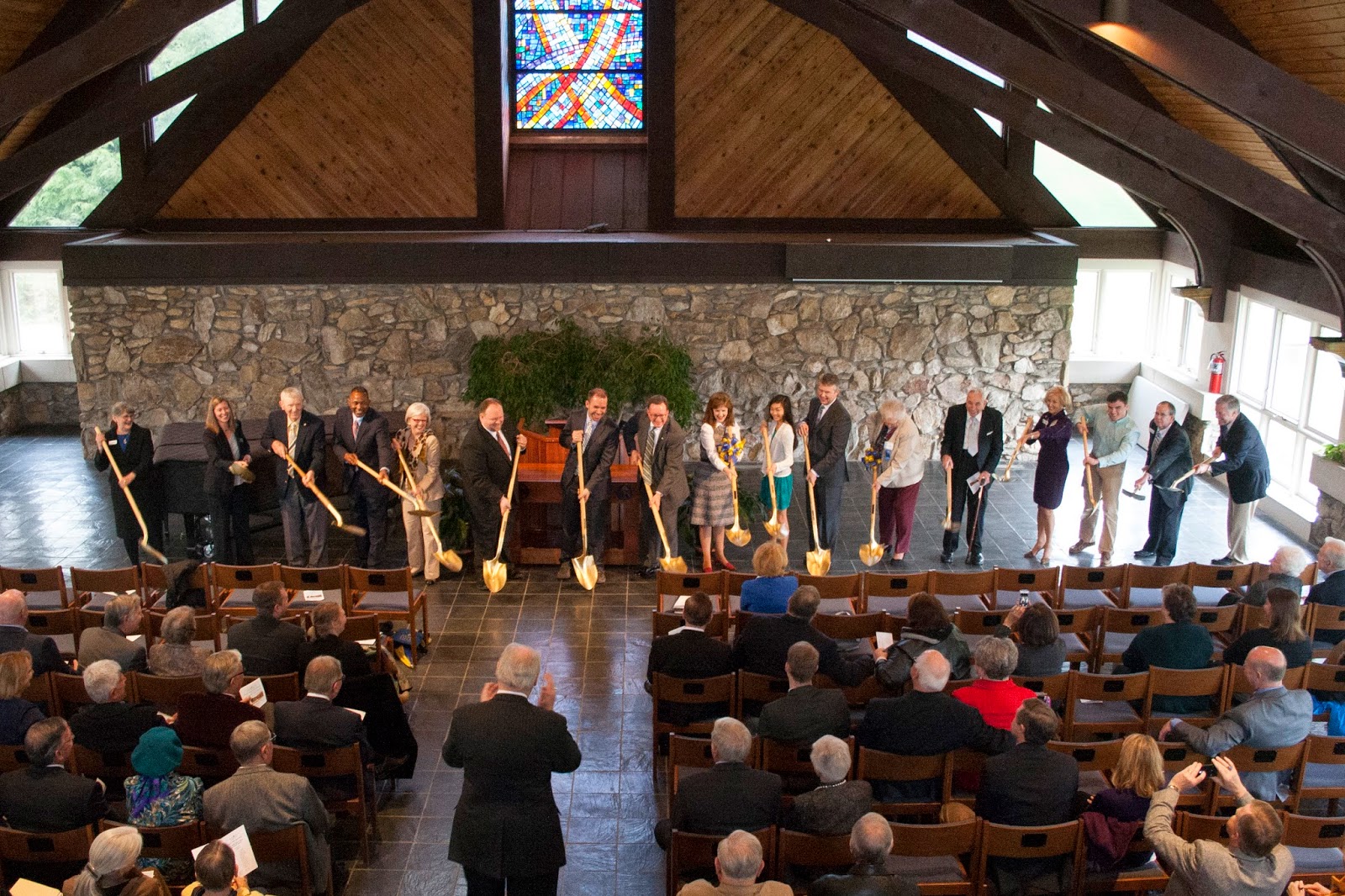 Franklin-Griffin, dean of the planned Judge-McRae School of Nursing, said there is tremendous excitement in the western North Carolina region at the prospect of the opening of a school of  nursing at Mars Hill University, and that she and her staff have been fielding questions from numerous potential students.

Franklin-Griffin was one of several officials from the university, the town of Mars Hill, and state and federal governments to speak at the groundbreaking.  Due to inclement weather, the event was held in Broyhill Chapel, next door to the site of the new facility, on Highway 213 (Cascade Street) in Mars Hill.

The Ferguson Health Sciences Center, named for Jack and Carolyn Ferguson of Candler, NC, will be a three-story, 28,731 square foot facility, which is expected to be completed by the fall of 2016. 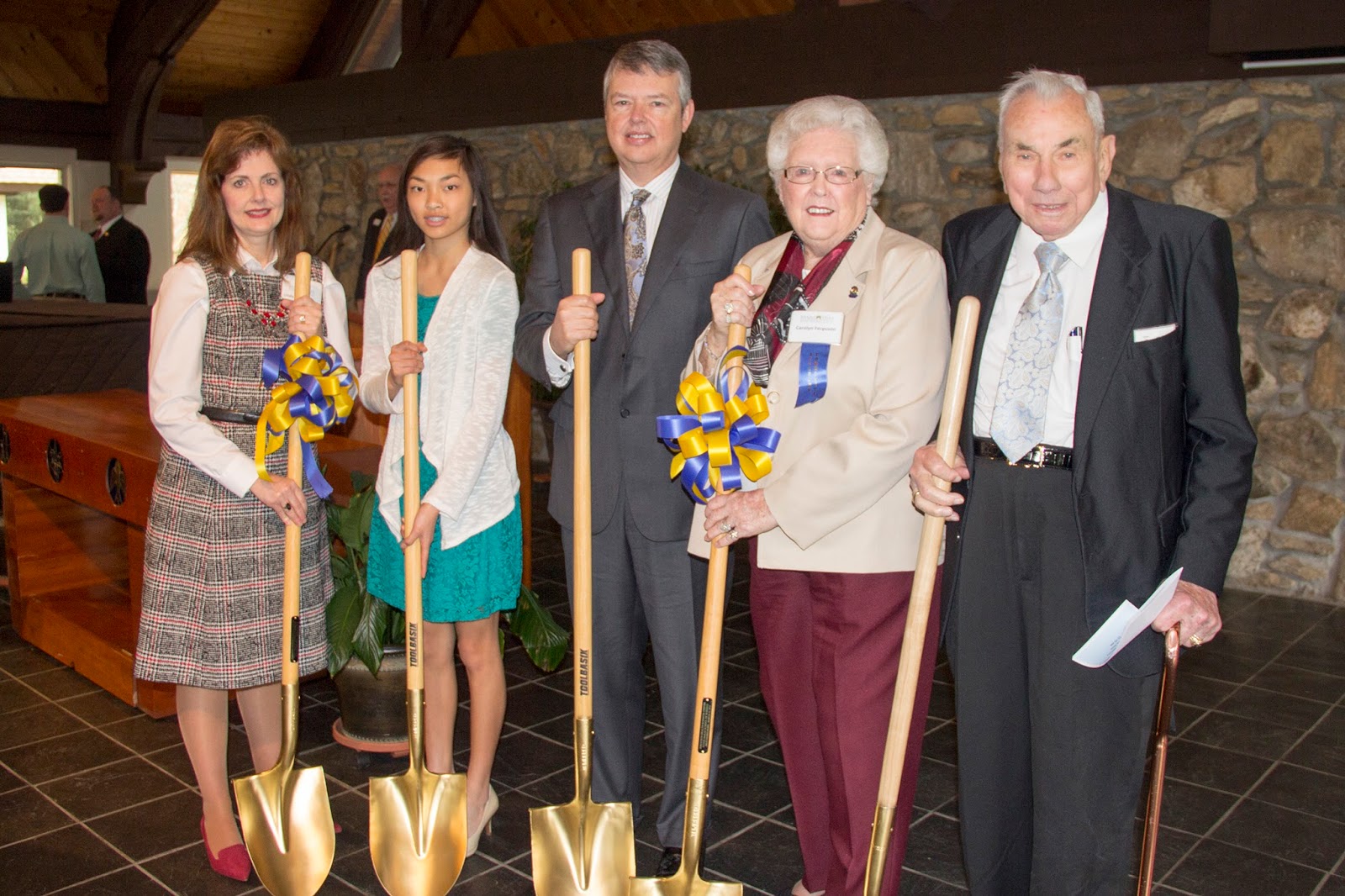 The Judge-McRae School of Nursing is named for MHU alumni Norman '84 and Linda Judge McRae '86 of Knoxville, TN. The McRaes are the owners of Caris Healthcare, a provider of private hospice healthcare based in Knoxville.

At the groundbreaking, MHU trustee and major donor Carolyn Ferguson recalled how healthcare has changed in her lifetime. She was born at home, she said, and during her childhood many healthcare services, such as dentistry, were provided at home. Through the years, she said she has seen changes in healthcare services and facilities that are "mindboggling." But ultimately, those facilities and services need trained people to be effective.

"We are concerned about the education and training needed to staff those facilities," she said. "And Mars Hill University will help to meet that need."

MHU trustee and major donor Linda-Judge McRae recalled that even from a young age, she dreamed of being a nurse. She came to Mars Hill despite the fact that the school did not offer a nursing program. Later in life, the dream for her and her husband, Norman McRae, became making that option a reality for future Mars Hill students.

She quoted Proverbs 29:18, "without a vision, the people perish," as a fitting verse for the event, recalling that the nursing program had been a vision for her, her family and Mars Hill administrators for several years.

U.S. Senator Mark Meadows said that when the strong tradition of an institution like Mars Hill University combines with the passion, vision, and generosity of its supporters, wonderful things happen for the region and the state. The results will not only affect Mars Hill University for the better, but will also reach across western North Carolina, and potentially across the world.

"We have a future ahead of us in healthcare, and a challenge to meet that need," he said.  He urged Mars Hill University to take its place as a leader in healthcare education and training in the region.

Cheryl Pappas, chair of the Mars Hill University Board of Trustees offered thanks to the two families whose major contributions have made the planned school of nursing and the new health sciences facility possible. Both the Fergusons and the McRaes remember "where they came from," she said, and they are giving back to the region in a tangible way.

"Thank you for sharing the ways that God has blessed you.  You are helping us to bring this dream to reality," she said.

The Ferguson Health Sciences Center will be constructed using a low-interest loan from the United States Department of Agriculture, in addition to gifts from alumni and friends of the university.
Posted by Asheville Chamber at 10:45 AM