Every year, the Pardee Hospital Foundation honors at least one woman in the community who has experienced cancer or another serious health condition, and has shared her story of courage and determination. 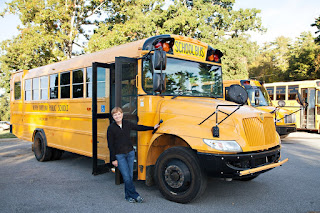 Delwin Hyder has driven Flat Rock Middle School's exceptional children school bus for 38 years. In 2013, she was diagnosed with ductal carcinoma, between stage 1 and 2, a moderately aggressive form of breast cancer. Hyder underwent a double mastectomy and four rounds of chemotherapy. Though the treatment made her weak and fatigued, she was determined to fight for her family and the children she loved at Flat Rock. She returned to work three weeks after her final chemotherapy treatment. "I couldn't wait to get back to my kids," said Hyder. "That was what got me through. Those kids depend on me." The students at Flat Rock Middle School missed her, too. They sold pink ribbons and donated the money to help Hyder pay her medical bills. Now cancer-free since 2013, she encourages people to count their blessings and women to get yearly mammograms. "Every woman needs to get a mammogram every year, no matter what is going on in their lives. It could save your life," she said. 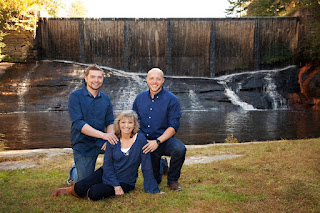 When Karen Orr Haug found a lump in her breast in 2014, she scheduled a mammogram, but the exam found nothing suspicious. Her primary care physician recommended an ultrasound, but again, the radiologist believed she only had a cyst and recommended another screening in six months. Her primary care physician, not satisfied with the diagnosis, referred her to Charles Albers, M.D., FACS, a breast surgeon at Pardee. Though Dr. Albers initially suspected fibrocystic disease, he scheduled Haug for a second screening in two months. At that exam, he found that the lump had grown and rushed Haug into testing, which found she had a rare, aggressive form of breast cancer. She underwent six grueling rounds of chemotherapy, followed by a double mastectomy, 36 radiation treatments and more chemotherapy. By Thanksgiving 2015, Haug was cancer-free. "I'm still here today thanks to Dr. Albers," she said. "I always tell my kids that everything happens for a reason. I think this happened to me to show me that every day is a gift." 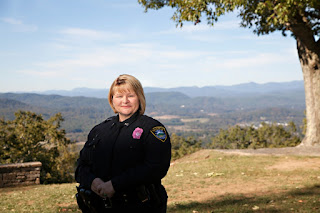 Bobbie Trotter discovered a lump in her breast in 2012 and knew something was not right. She called her friend Kristy Capps, RN, breast care navigator at Pardee, who scheduled a screening for the next day. The following day, Trotter was diagnosed with breast cancer. She almost immediately began four rounds of chemotherapy, followed by radiation. "All along, my mantra was, 'let's fight this,'" said Trotter. "I was going to beat this and do it as quickly as I could." Engaged to be married at the time of her diagnosis, Trotter and her fiancé decided to move up their wedding day and got married at the gazebo at Laurel Park. Additionally, Trotter had just begun a new job as Laurel Park Chief of Police. "2012 was turning into a big year," she said. "New job, breast cancer diagnosis and a new husband." After beating cancer, she and her husband adopted their son Hayden. "It's been four years now and while I have a hard time remembering the small details of my cancer treatment, what I remember most are the people who helped me and the impact they had on my journey," she said. "My family, the team at Pardee, my friends and the power of prayer are what saved me." She added, "I'm thankful for this diagnosis and my journey. It has made me stronger. And I'm now in a new club of very strong women and men."

"Delwin, Karen and Bobbie exemplify what it means to be Women of Hope," said Kimerly Hinkelman, executive director of Pardee Hospital Foundation. "Not only did these women beat cancer, they did so with incredible strength, grace and dignity. We are so pleased to honor them as 2016 Women of Hope and know their stories will inspire others to face challenges with a similar spirit."

Pardee Memorial Hospital Foundation was approved as a nonprofit foundation in January 1996. The Foundation exists to educate and inspire the community to support Pardee Hospital. Since its inception, the Foundation has generated more than $30 million in pledges and cash gifts for Pardee services. For more information, visit www.pardeehospitalfoundation.org or call 828-233-2700.

Posted by Asheville Chamber at 1:08 PM