The construction of the next two affordable homes being built by Asheville Area Habitat for Humanity is made possible thanks to proceeds from last year’s Christmas Jam. The future home to three generations of the Heatherly-Leach family got underway in late November, and the future home of the Suber family starts next week. Both families will purchase their homes with an affordable mortgage through Habitat.

On Thursday, December 8th and Friday, December 9th, Before the Jam, Lend a Hand volunteers will come from near and far to help build these homes. Local restaurants (12 Bones, Mellow Mushroom, and Village Wayside Bar & Grille) will feed the helpers, and Merrell will again sponsor the signature volunteer event that is in its 10th year. Kent Doobrow of Merrell notes, “This is such an incredible event to be part of. United by a common love for the music, Before the Jam volunteers expand their Jam experience by volunteering on the Habitat jobsite. We encourage them to take that spirit of community involvement with them and engage in their own community in the future – whether that’s Asheville, or elsewhere.”

On Friday, December 9th at 3pm, Warren Haynes will join these volunteers, Asheville Habitat supporters, and the two future homeowner families at the construction site for a short speaking program. The site is Habitat’s 10-house McKinley subdivision (GPS: 65 Taft Ave. 28803) in the Shiloh neighborhood of South Asheville. Afterwards, Warren and the crowd will jointly raise the first wall of the Suber family’s home. The media and public are invited to attend. 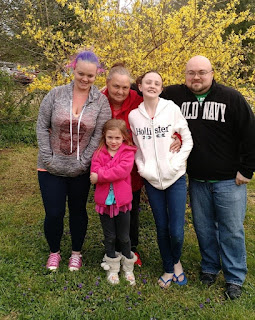 Betty and Daniel (mother and son) are Asheville natives. They are thrilled about the opportunity to own a Habitat for Humanity home. Betty, her daughter Tiffany (age 29), and two granddaughters (ages 7 and 12) currently live in a two-bedroom mobile home that is over 30 years old. Daniel resides temporarily in an apartment building; the complex is now under new ownership and soon will no longer be affordable. The family is delighted about the prospect of moving from a substandard unit and temporary housing to a safe, permanent and affordable Habitat home of their own.
The family’s future 4-bedroom/2-bath house will be built in Habitat’s McKinley neighborhood, a subdivision of 10 Habitat houses in Shiloh. Sponsorship for this home is provided by The W&S Foundation, through proceeds from Warren Haynes Presents: The Annual Christmas Jam. 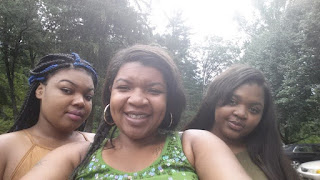 Evita is a native of Asheville, NC.  She is the mother of two young women; her youngest at 14 is set to begin high school and her oldest at 18 is working part time for Deerfield Retirement Community. As a single parent, Evita works two jobs to support her family. She has worked full time for Gentiva Home Health since 2009 and for the past nine years she’s also worked part time for Old Navy. As a Habitat homeowner, Evita will be paying roughly $100 less than she pays for her current apartment but, the real benefit will be the improvement to their environment. They are currently living in an apartment where reoccurring black mold is prevalent and a leak in the upstairs bathroom has created an uneven and cracked ceiling in the living room. Moving from their current apartment to a home certified by Green Built NC is a benefit not lost on Evita. And when it was explained to her youngest daughter that this will be their own home she enthusiastically shouted to her mom, “Mom, we can have the whole family over to our house for a cook-out!”

The family’s future 3-bedroom/1.5-bath Habitat house will be built in Habitat’s McKinley neighborhood, a subdivision of 10 houses in Shiloh. Sponsorship for this home is provided by The W&S Foundation, through proceeds from Warren Haynes Presents: The Annual Christmas Jam. The Suber’s house will be known as The 2016 Christmas Jam House and construction will begin on December 6, 2016.

Posted by Asheville Chamber at 10:33 AM