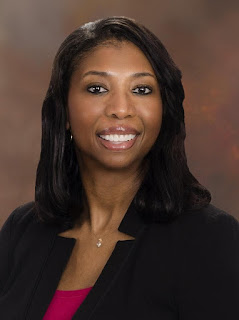 Roberts & Stevens, P.A. is pleased to announce that firm partner Jacqueline D. Grant is the new president-elect of the North Carolina Bar Association. The NCBA is a statewide organization composed of more than 20,000 lawyers, paralegals and law students. Grant was elected by acclamation on Saturday, June 24, at the 2017 NCBA Annual Meeting in Asheville.

A lifelong Asheville resident, Grant is a partner and litigator with Roberts & Stevens, where she has practiced her entire career.

“I can’t think of a lawyer more deserving of this position than Jackie Grant,” said Roberts & Stevens partner Wyatt Stevens. “Jackie is a model for the rest of the bar to follow. She practices law with a level head, exceptional competence, and the highest ethical standards. She gets outstanding results for her clients and has made a positive difference in our community. We are incredibly proud to have Jackie as a member of our firm.”

When Grant is officially installed as the 124th president of the NCBA in 2018 she will be the first female attorney from Asheville to serve in that role.

In 2016, Grant was recognized as a recipient of the NCBA’s Citizen Lawyer Award, presented annually in recognition of exemplary community service.

“I am proud to serve as president-elect of the NCBA, which is dedicated to serving the public and the legal profession by promoting the administration of justice and encouraging the highest standards of integrity, competence, and civility,” said Grant. “The NCBA Foundation has provided millions of dollars of funding to worthwhile projects across the state, including grants to Legal Aid of North Carolina and Pisgah Legal Services to help these organizations provide legal services to North Carolina’s underserved and indigent populations.”

Grant will serve in 2017-2018 as president-elect of the NCBA, which is led this year by President Caryn Coppedge McNeill of Raleigh. Following her year as president-elect, Grant will be installed as the 124th president of the NCBA on Saturday, June 23, 2018, at the 2018 NCBA Annual Meeting in Wilmington.
Posted by Asheville Chamber at 10:52 AM