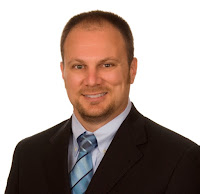 H. Britt Landrum III, has been named Chief Executive Officer for LandrumHR, a professional employer organization (PEO) company based in Pensacola, FL. In a meeting with all staff members present both in person and via video conferencing, the multistate organization's founder, H. Britt Landrum, Jr., announced that he is stepping down as CEO and that his son, Britt Landrum III, will be heading the company.

Now in his 25th year with the company, Landrum III's career began in sales, but company growth and the need for technology advancement placed him in information technology, where he succeeded in making a number of key system improvements. As a Microsoft Certified Systems Engineer he served as the company's Chief Technology Officer. A later promotion to Vice President placed him on the company's Senior Leadership Team with responsibility for several key departments.  He was appointed President in 2016.

In making his announcement, Landrum, Jr. said, "Britt has served ably as president and set an exciting new vision for the company.  He has assembled a strong leadership team, and made a key appointment to our Advisory Board."

Commenting further, he said, "Britt has enhanced our company's reputation within the PEO industry on a state and national level.  He has been a frequent presenter at conferences, chaired key committees and served on the boards of both the National Association of Professional Employer Organizations (NAPEO) and Employer Services Assurance Corporation (ESAC)."

Landrum, Jr. will continue as Chairman and consultant. He founded the company as a private employment agency in 1970 with only one employee. Now a full service human resources service organization offering staffing, consulting and professional employer services, the company has 175 staff members, six office locations with clients and "work-site employees" in 48 states.

Those interested are encouraged to contact LandrumHR today to learn more about the services that this company offers.

Posted by Asheville Chamber at 4:52 PM