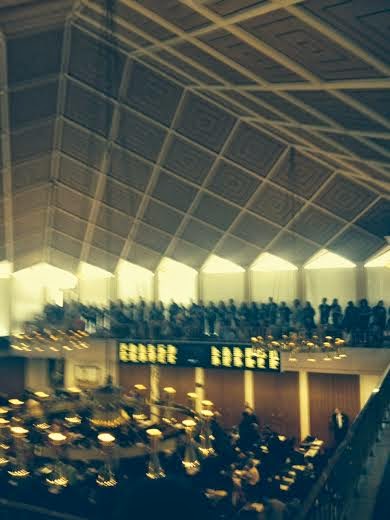 The North Carolina General Assembly gaveled in for the start of the 2014 Short Session this week and the Chamber was in Raleigh to represent your business. The Short Session is the compliment to the Long Session (go figure), which wrapped up last summer. This expedited time in the capitol city is largely designed to give lawmakers a chance to adjust/fix the state budget. However, members of the General Assembly are also expected to tackle coal ash, teacher salaries, and Common Core education standards over the course of the next couple of weeks.

Wednesday, May 14 was the first day of the session and saw a host of activity at the legislature. Governor Pat McCrory used the first day of session to roll out his proposed $21 billion dollar budget. The Governor’s budget included pay raises for teachers in their first seven years, pay raises for most state employees, and provides funding for 19 new positions to oversee coal ash ponds. Republican law makers seemed to think the Governor’s budget was a good start but both the House and Senate will take stabs of their own.

The Chamber would also like to congratulate Sen. Van Duyn for being officially sworn into office on Wednesday. We are pleased to have her representing the Asheville area in the NCGA.

Wednesday also saw the first bill filed of the Short Session with Senators Berger and Apodaca filing S.729 Governor’s Coal Ash Action Plan. This bill seeks to address the clean up and regulation of coal ash and includes measures for Asheville’s power plant.

Thursday, the legislators were back in committee meetings hearing briefings on the Governor’s budget in Joint Appropriations and the House Finance Committee passed a bill that would cap the privilege license tax at $100 and place a tax on E-cigarettes.

The NCGA will be back in Raleigh to begin work on Monday, May 19. The Chamber will keep you up-to-date on important happenings as this fast paced session continues.

The Asheville Area Chamber of Commerce’s top priorities for the Short Session are:
1. Accelerate the completion of the I-26 Connector Project.
2. Support across the board pay increases for North Carolina’s teachers.
3. Support economic and community development incentives tools.
4. Reduce small business employee healthcare premiums by improving and