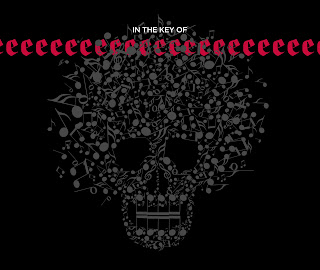 
The program begins with Saint-Saëns’ Danse Macabre, or “Dance of Death.” This waltz from beyond the grave includes the rattling bones of a skeleton, in the form of a xylophone, and a devilish bow playing a de-tuned solo violin. The musical tone poem, based on Henri Cazalis’ poem of the same name, depicts the legend that arose in Europe during the Middle Ages: at midnight on Halloween night Death comes to cemeteries to play his violin and rouse skeletons from their sleep to dance until daybreak.

In another musical fright, French composer Florent Schmitt’s La Tragédie de Salomé presents a wildly lush score to one of the Bible’s most tragic stories—Salome’s insistence on the beheading of John the Baptist. An ‘unsung opera,’ Schmitt’s piece teems with aural imagery that still shocks the ear today.

The concert’s finale is decidedly more harmonious as two friends collaborate with the ASO, performing music of Johannes Brahms. The ASO’s own concertmaster Jason Posnock and his friend Alistair MacRae join forces on Brahms’ Concerto for Violin and Cello, a brilliant interplay between the duet partners against the warmth and depth of Brahms’ romantic-era orchestration.

“It is a particular pleasure to feature one of our own wonderful musicians in the soloist role for this concert,” says Daniel Meyer, ASO Music Director. “Jason Posnock has had such an important influence on the quality and musicianship of the Asheville Symphony since he joined our ranks as leader of the violins, and I know our audience will enjoy the opportunity to hear his artistry in the Brahms piece in partnership with his good friend, cellist Alistair MacRae.”

Jason Posnock has been concertmaster with the Asheville Symphony since 2007. He has performed regularly with prominent American ensembles including the Philadelphia Orchestra and the Pittsburgh Symphony Orchestra. Alistair MacRae is principal cello of the Princeton Symphony Orchestra. His eclectic collaborations include Paul Taylor Dance Company, the Westminster Choir, tap dancer Savion Glover, and the rock band The Scorpions.