The Western North Carolina Human Resource Association (WNC HRA) is pleased to announce current members Jim Stokely and Scott McLean have been honored with awards from the North Carolina Society of Human Resource Management (NCSHRM).  Stokely received the Hall of Fame Lifetime Achievement Award and McLean was recognized as the Professional of the Year. In addition, the WNC HRA chapter was acknowledged as a Distinguished Professional Chapter of the Year. The awards were announced at the annual statewide NCSHRM Conference, held recently in Greensboro.

The NCSHRM State Council recognizes North Carolina Human Resources Professionals for their outstanding lifetime accomplishments with the Hall of Fame Lifetime Achievement Award. This award is given in recognition of service to the HR profession, leadership in the business community, and service to the civic community. Nominees must be (or have been) employed or primarily conducted business in the state of North Carolina and must have worked as an HR Professional for at least 20 years. 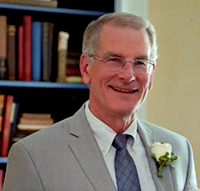 2017 Hall of Fame honoree Jim Stokely is founder and president of the Wilma Dykeman Legacy, a non-profit (501c3) organization that partners with existing agencies to produce talks, workshops and events to sustain the three core values for which his mother, author and activist Wilma Dykeman, stood: environmental integrity, social justice, and promoting the power of the written and spoken word. A tireless volunteer and pro bono consultant, Jim has worked with dozens of WNC organizations and non-profits, including RiverLink, Green Opportunities, the Swannanoa Correctional Facility for Women, and Asheville High School. He has also been a long-time, active member of the WNC HRA, recently rotating off as Board Secretary to become the Chair of Thomas Wolfe Memorial Advisory Committee. 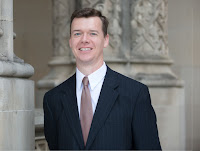 The Professional of the Year award is given annually by State Council in recognition of one individual’s service to the HR community (State Council, SHRM Chapters, etc.), service to the HR profession, leadership in the business community, and service to the civic community within the past calendar year. 2017 recipient Scott McLean has nearly 17 years of experience as a Human Resources professional and is currently the Talent Acquisition & Development Manager for The Biltmore Company and the President Elect of the WNC HRA.

Scott’s achievements include playing an integral part in the expansion of Biltmore’s workforce development efforts; in the creation and launch of the award-winning Biltmore® EdGE high school programs; and in the “first-in-the state” community-wide collaboration for the Students@Work week event. Students@Work is an annual statewide initiative connecting businesses and middle school students. Biltmore and other area co-sponsors were recognized for the Students@Work week by the NC Business Committee for Education and the NC Society for Human Resource Management.

Finally, the WNC HRA Chapter was recognized as a Distinguished Professional Chapter of the Year. The NCSHRM State Council identifies North Carolina SHRM-affiliated chapters each year that have achieved excellence in the SHRM Affiliate Program for Excellence (SHAPE).  SHRM outlines a plan of action for success through the SHAPE program with specific criteria that a Chapter must meet and recognizes the performance of Chapters meeting those criteria by awarding tiered Excel awards.

Said Sharon Craig, WNC HRA President, “I am incredibly proud of the significant impact Jim Stokely and Scott McLean have made in our community, and delighted that they are receiving prestigious accolades at the state level. The vision of the WNC HRA is to be ‘a community that innovates and inspires by realizing the potential of its people’ and both Jim and Scott are wonderful ambassadors for that vision, our chapter and WNC. “
Posted by Asheville Chamber at 1:43 PM