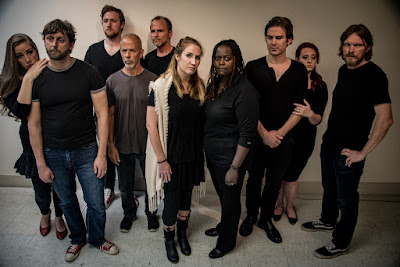 Nobody does “tragic hero” like the Bard himself. And no hero is quite so tragic as Othello, the Moor of Venice—whose own jealousy, gender biases, and insecurities cause far more damage than the manipulative meddling of the villainous Iago.

For its final show of 2017, Different Strokes! Performing Arts Collective is teaming up with the Montford Park Players to present Othello at the BeBe Theatre—and, in keeping with the latter’s “free Shakespeare for everyone” policy, the show will be, well, free for everyone. (Donations will be graciously accepted.)

If that surprises you, considering Different Strokes’ usual fare of contemporary, socially relevant material, consider this: Shakespeare had quite a lot to say about racism, and what it’s like for a person of color to navigate a white man’s world. And whether it was intentional or not, Othello also provides a stunning example of gender prejudice. These issues are certainly still relevant in 2017, as much if not more so than they were during Othello’s first production in November 1604. It’s also not unprecedented— in 2012, Different Strokes! staged a production of Romeo & Juliet (a story already rife with classism and patriarchal overtones) with a woman in the role of Romeo. And in a similar, reverse-Shakespearean twist, the lead role of Othello will be also played by a woman—none other than Steph Hickling Beckman herself, Different Strokes! managing artistic director.

Conversations of this collaboration between the two companies initially began over a drink between the Companies​' Artistic Directors, Scott Keel and Steph Hickling Beckman, several years ago, as the friends​ imagined a play that would both enable an opportunity to more directly represent diversity for Montford Park Players, and expand outreach for Different Strokes!,​within their existing missions. Keel mentioned that he'd always wanted to direct Hickling Beckman as Othello, and as luck would have it, Hickling Beckman has always wanted to play Othello. So Othello it is​!​

If your memory of 10th grade English class is a little rusty, Othello’s premise can be summed up thusly: Tangled love triangle. Military rivalry. Manipulative bad guy who gets other bad guys (and one unsuspecting lady) to do his bidding. Gullible hero who doesn’t ask any of the right questions. And then, murder!

When asked how he thinks audiences will respond to his non traditional casting choice, director Scott Keel says, "While I would never ask the audience to ignore that Steph is a woman, neither do I want to insist that they see Othello as a play about lesbians just because the romantic leads are female​." And as for Hickling Beckman?“ This classical Shakespearian ​play—historically ​viewed as primarily ​about racism—holds space for commentary on several aspects of the human condition. It’s a story as much about platonic friendship as it is about all-consuming romantic love. It’s about trying to prove yourself in a world where you're different from the majority. I’m ​also ​interested to see how the audience’s perception changes based on whether they perceive Othello as a male or a female. This is one of my favorite characters of all time, and I’m so proud that Different Strokes! is in a position to stage it ​with MPP,​ as its final show of 2017.”