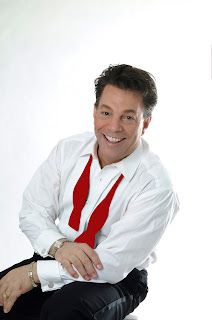 The program for “Simply Sinatra Christmas,” includes “Let it Snow,” “Santa Claus is Coming to Town,” “White Christmas,” “The Christmas Song,” “Ave Maria,” “Winter Wonderland,“ and “Moonlight in Vermont.” Other Sinatra standards on the program include “Come Fly with Me,” “I’ve Got You Under My Skin,” “The Lady is a Tramp,” and “My Way.”


Steve Lippia is considered one of the world’s finest interpreters of timeless standards and traditional pop music. He has headlined successful, extended engagements in Las Vegas and Atlantic City, and has performed with nearly one hundred symphony orchestras in the United States and Canada. In addition to Asheville, Lippia’s 2015-16 season includes appearances with the Buffalo Philharmonic, Charlotte and Detroit symphonies, and the Cleveland Pops.


He has also headlined concerts at the legendary Birdland Jazz Club in New York City, performed in a highly successful European Jazz Festival Tour that resulted in a nationally televised special on Finnish TV2, and has made television appearances on “Extra,” Fox’s “Good Day New York,” CNN’s “Showbiz Today,” ABC, and the BBC.


Maestro James Fellenbaum is celebrating his ninth season with the Knoxville Symphony Orchestra (KSO). In recent years, he has made his Masterwork and Chamber Classics conducting debuts with the KSO, while continuing to serve as an assistant for all other concerts in those series. He conducts Outreach, Pops, and Educational concerts, the latter of which include the KSO’s annual Young People’s Concerts. Fellenbaum is also Director of Orchestras at the University of Tennessee.


Single tickets for “Simply Sinatra Christmas” are $22 – $74 depending on seating section; reduced youth pricing is available. Single tickets and season ticket packages can be purchased at www.ashevillesymphony.org, by calling 828-254-7046, or in person at the U.S. Cellular Center box office at 87 Haywood Street.

Posted by Asheville Chamber at 10:42 AM