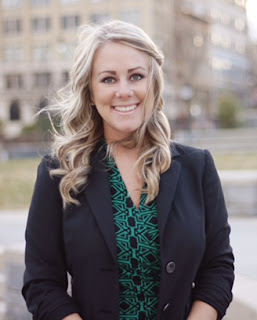 Mountain Credit Union (MCU) announced the recent hiring of Elise N. Lewis as the Branch Manager of its Candler location at 1453 Sand Hill Road.  Lewis brings her years of financial industry experience and comes to Mountain Credit Union from First Bank where she served as a Credit Analyst and most recently as a Cash Management Officer.  Lewis will lead her team by expanding the effort to establish and maintain growing relationships with the Credit Union’s members.  Lewis shared her passion for her new role by stating, “I look forward to working for an organization that cares so much about our local community and doing whatever it takes to help our members achieve their financial goals.”

A Candler native, Lewis graduated from Enka High School in 2008 and studied at Montreat College.  She resides in Candler with her husband and two dogs.  Mrs. Lewis has maintained an active role in the community including volunteering with several local organizations. Her hiring carries on MCU’s commitment to having local branches with local people making local decisions.

Posted by Asheville Chamber at 11:05 AM