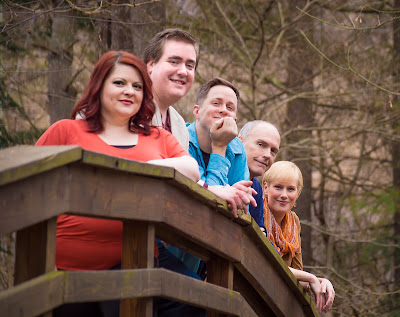 The musical Songs For a New World opens Friday, March 3 for an extraordinary intimate evening in 35below at Asheville Community Theatre.  This powerful show weaving characters, locations and time periods, stars local musical heavyweights Mark Jones, Kelli Mullinix, Nana Hosmer-Griffin and Dwight Chiles. The musical opens Friday, March 3 and runs through Sunday, March 19, 2017 with performances Friday and Saturday nights at 7:30 pm and Sunday afternoons at 2:30 pm. Tickets are available online, over the phone, or in person at the Asheville Community Theatre Box Office. All tickets are $22.00.

Songs For a New World is a truly original song cycle about the moment of decision. The musical features music and lyrics by Tony Award winner Jason Robert Brown, who also wrote Parade and Bridges of Madison County. Brown says, “It’s about hitting the wall and having to make a choice, or take a stand, or turn around and go back.”

“Songs For a New World has been a part of my life since I first heard Audra McDonald sing a song from the show in 1998,” said Mark Jones. “Her version of ‘Stars and the Moon’ was a wonderful introduction.  Every song in the show is about making a choice or decision. Some good and some bad. I have always wanted to do this show.”

Some of the best singers in town join Jones. Kelli Mullinix starred opposite Jones in John & Jen in 2015. Nana Hosmer-Griffin was last seen as the hilarious fiancé, Elizabeth, in Young Frankenstein. Dwight Chiles is no stranger to regional stages appearing in many Montford Stage productions and Kiss Me Kate at ACT. John Crawley will serve as Music Director/Piano and percussion will be by Dave Bruce.

For more information about Songs For a New World or about Asheville Community Theatre, please visit www.ashevilletheatre.org.

AT A GLANCE
What: Songs For a New World, a musical by Jason Robert Brown