Mars Hill University's third graduate degree is one of three new programs approved by the university's board of trustees at its meeting on May 12, 2017. The master of arts in criminal justice (MACJ) joins the institution's other master's level degree offerings: the master of education in elementary education and the master of management. Trustees also gave the go-ahead to a new bachelor of fine arts (BFA) degree and a certificate in community engagement.

Barbara Sims, chair of the department of criminal justice, says, "This new graduate program is intended to serve individuals interested in pursuing graduate education in the field of criminal justice either to advance their careers, or to give them an opportunity to begin work in the field in something other than an entry level position." Sims says the university worked with community partners and students currently enrolled in the undergraduate criminal justice program as part of its research to determine whether there was enough demand in the region for the MACJ. Meredith Doster, dean of Mars Hill's Adult and Graduate Studies program, says the new master's degree is a good fit, not just for the university, but also for the community: "In addition to its curricular strengths, the MACJ will create opportunity for the greater Mars Hill community to engage in sustained dialogue about criminal justice in the United States. A degree program that will train the next generation of criminal justice practitioners, the MACJ is poised to transform its students and the communities they serve." Pending approval from the university's regional accrediting body, the MACJ will launch in spring 2018.

The new BFA in art will provide a solid foundation for students who wish to pursue a career or graduate study in art. Students will be able to pursue concentrations in ceramics/sculpture or graphic design/photography. Given Mars Hill's commitment to the culture and heritage of the region, faculty in the art department are excited about the opportunity for the new degree to enhance the university's connections to the arts and crafts tradition of Southern Appalachia, as well as to the professional arts community in Western North Carolina.

The certificate in community engagement will help undergraduate students develop and demonstrate their potential for success in non-profit, governmental, or social enterprise careers. It will be coordinated through Mars Hill University's Center for Community Engagement, which helps promote student learning, responsible citizenship, character development, and connection to the world of work. Center leaders expect the certificate program to increase the number of students who have the opportunity to deepen their experience with community engagement while enrolled at Mars Hill. 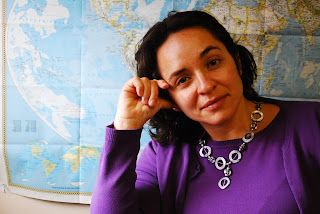 Lucia Antonelli-Carter, an associate professor of history and chair of the department of religion, history, and philosophy at Mars Hill University, is one of a select group of faculty members nationwide chosen by the Council of Independent Colleges (CIC) to participate in a special week-long seminar on Teaching European Art in Context. The seminar, "Landscape and Identity in Britain and the United States (1770-1914)," will be held at the Yale Center for British Art in New Haven, Connecticut, July 24-28, 2017. The seminar is designed for full-time faculty members who regularly teach art history at smaller colleges and universities and aims to strengthen the teaching of art history to undergraduates at these institutions.

Carter is originally from Italy and earned her Ph.D. at the University of Bologna. Her thesis was on the 20th century French historian Fernand Braudel and his trans-disciplinary approach to history. Carter moved to the United States in 1999, where she began teaching world history and upper-level European history courses. She joined the Mars Hill University faculty in 2005. In the past few years she has been interested in the theory and methodology of world history, with particular emphasis on the way different civilizations conceive space, time, and history.

CIC selected 25 faculty members to participate in the seminar, which is supported by the Samuel H. Kress Foundation. Tim Barringer, Paul Mellon Professor of the History of Art at Yale University and chair of the department, will lead the program.

"Strengthening the teaching of art history at colleges and universities-many of which have limited faculty resources in art history-is critical," said CIC President Richard Ekman. "The seminar will have significant value for the faculty members who participate, the colleagues with whom they will share their new knowledge, and the students who enroll in their courses."

Landscape became an increasingly powerful artistic medium during the "long 19th century" and reached a pinnacle of achievement on the canvases of painters such as Thomas Gainsborough, J.M.W. Turner, John Constable, Thomas Cole, and Frederic Church. The program will explore British and American landscape painting in a global context. Participants will study a range of texts-by artists, writers, philosophers, and scientists from the period-to examine the cultural, historical, and aesthetic construction of landscape paintings in the 19th century. Each day, participants will spend significant time with major works of art in the unrivalled collections of landscape paintings, drawings, and prints at the Yale Center for British Art. 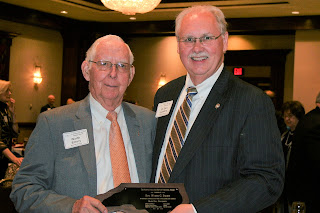 Emory is a bi-vocational pastor. A carpenter by trade, he has pastored the Ivy Hill congregation for 50 years. This year marks the 37th consecutive year that Ivy Hill Baptist Church has made a mission trip to Honduras. Other destinations for Ivy Hill teams have included Venezuela, Nicaragua, Canada, and the American far west. Rev. Emory himself made trips for 30 years before bypass surgery limited such travel.

Mars Hill University also has been the honored recipient of Rev. Emory's gracious spirit and his commitment to Jesus' command "to love others as I have loved you." Through the years, Mars Hill students have participated in many Ivy Hill mission trips, and ministerial students have been encouraged to preach at the church.

Despite the fact that he is not an alumnus (though his three daughters are Mars Hill graduates), Rev. Emory's association with the university is longstanding. It dates back to an early relationship he had with Mars Hill graduate Dr. John McGee, a missionary to Nigeria. Dr. McGee encouraged Emory to "claim" an education despite his lack of formal training. He has done just that, taking dozens of seminary extension classes and forging relationships with Mars Hill presidents, faculty, and staff through the years.

Posted by Asheville Chamber at 7:48 AM