Betsy Puckett stars in "I'll Eat You Last" at 35below 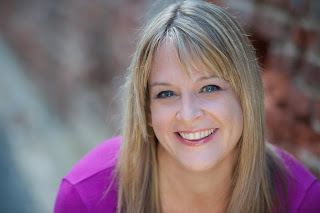 You’re invited to the Beverly Hills home of Sue Mengers, the first female “super-agent.” It’s 1981 and the New Hollywood has begun to emerge. The phone’s not ringing so much these days and Barbra Streisand fired her just yesterday. Sue drinks, digs, and dishes the dirt on her famous clients. On this evening, Sue is forced to face the inevitable truth: shattering the show biz glass ceiling might just get you cut in the process.

John Logan’s solo play I’ll Eat You Last is directed by Waylon Wood and stars Betsy Puckett. The play will open Friday, May 6 and run through Sunday, May 22, 2016 with performances Friday and Saturday nights at 7:30 pm and Sunday afternoons at 2:30 pm.

Tickets are available online, over the phone, or in person at the Asheville Community Theatre Box Office. All tickets are $15.

The late Hollywood super-agent Sue Mengers was a powerhouse of the 1970s and held a client list that included Cher, Steve McQueen, Candice Bergen, Nick Nolte, Burt Reynolds and Barbra Streisand. Deals were famously brokered over and under her dinner table: Chinatown, The French Connection and What’s Up Doc?  After Hollywood turned its back on her, Mengers (who died in 2011) became one of Beverly Hills’ top hostesses, with A-List stars crowding her dinner parties and Mengers (joint in hand) at the center of it all.

I’ll Eat You Last is a one character tour-de-force that recently enticed Bette Midler back to Broadway after 30 years. Now, Betsy Puckett, local comedy legend, will fill the shoes (or lack thereof) of the legendary Hollywood agent. “It’s a fantastic part and my goal is to honor her spirit,” says Betsy.  “I jumped at the chance to stretch myself as an actor playing a character who existed in real life. The play is hilarious and heartbreaking at the same time…an actor’s dream.”

Sue Mengers’ Jewish family immigrated to the United States during Hitler’s reign to escape the Holocaust. Settling in upstate New York, Sue learned English from the black and white movies of the day. She fell in love with that world and wanted to be part of it, badly. The play takes place on the day after Barbra Streisand has personally fired her. Now she’s waiting for the official call from the lawyers. It was this big blow to her client list that lead to her slow Tinseltown demise. A story of great highs and lows, Sue Mengers’ is a truly American story.

Waylon Wood will direct the play. Wood says, “Sue Mengers was a woman in a male dominated profession. I love stories of people overcoming obstacles and Sue overcame many. To listen to how she navigated Hollywood is fascinating. The play forces me think of my mother, who recently passed, and all the women of that generation who struggled in a man’s world. Also, the chance to work with a talented lady like Betsy Puckett was just too much fun to pass up.”

Be warned, this play contains profanity, alcohol consumption, drug use, and gossip. “Sue was not for the faint hearted. She doesn’t pull any punches, but in a hilarious and honest way.”

I’ll Eat You Last is the last show of ACT’s popular 35below season and runs May 6-22, 2016.  The black box theatre holds only 40 seats, so reservations are strongly encouraged.

Posted by Asheville Chamber at 10:44 AM