A new downtown concert series entitled “Bach’s Lunch” occurs on the first Tuesday of every month at 12:05pm in the iconic domed sanctuary of First Baptist Church. Sponsored by the Academy for the Arts (AFTA), these free concerts feature the sounds of the 47-rank Reuter pipe organ and are offered by organist, Tate Addis. The thirty-minute concerts are followed by a box lunch, available for $5, which include a varying menu of sandwiches, salads, dessert and beverage. The noonday time and inclusion of lunch hopefully allows those on lunch break to enjoy this one-of-a-kind experience within the Asheville music scene. 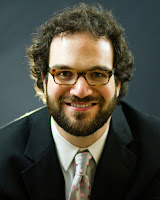 Mr. Addis moved to Asheville in 2015 to become a part of the teaching faculty at AFTA and Organist at First Baptist Church. Prior to moving to North Carolina, Tate served for two years as Wilson Family Sacred Music Scholar at The Brick Presbyterian Church in the City of New York. Active as a recitalist, recent performances have been at New York City’s Cathedral of Saint John the Divine and Saint Thomas Church (Fifth Avenue); the Rie Bloomfield Organ Series at Wichita State University; and St. Paul’s, Chestnut Hill in Philadelphia.

“Bach’s Lunch” brings to Asheville a new exploration of the rich body of solo organ literature which has served as the foundation of western music throughout history. It not only includes the definitive music of J.S. Bach, but also features music from other great composers as well as exciting new compositions which take full advantage of the wide expression range of the pipe organ, the “grandfather of all instruments.” All are invited to join this exploration in the beauty and calm of FBCA’s sanctuary, an architectural treasure of Asheville, located on Charlotte Street immediately off of I-240.

Posted by Asheville Chamber at 1:14 PM