Who:  Shana Tucker and her band

SINGER/SONGWRITER AND CELLIST SHANA TUCKER AND HER BAND BRING THEIR JAZZ/SOUL/FOLK FUSION TO DIANA WORTHAM THEATRE SATURDAY, JANUARY 17 AT 8PM 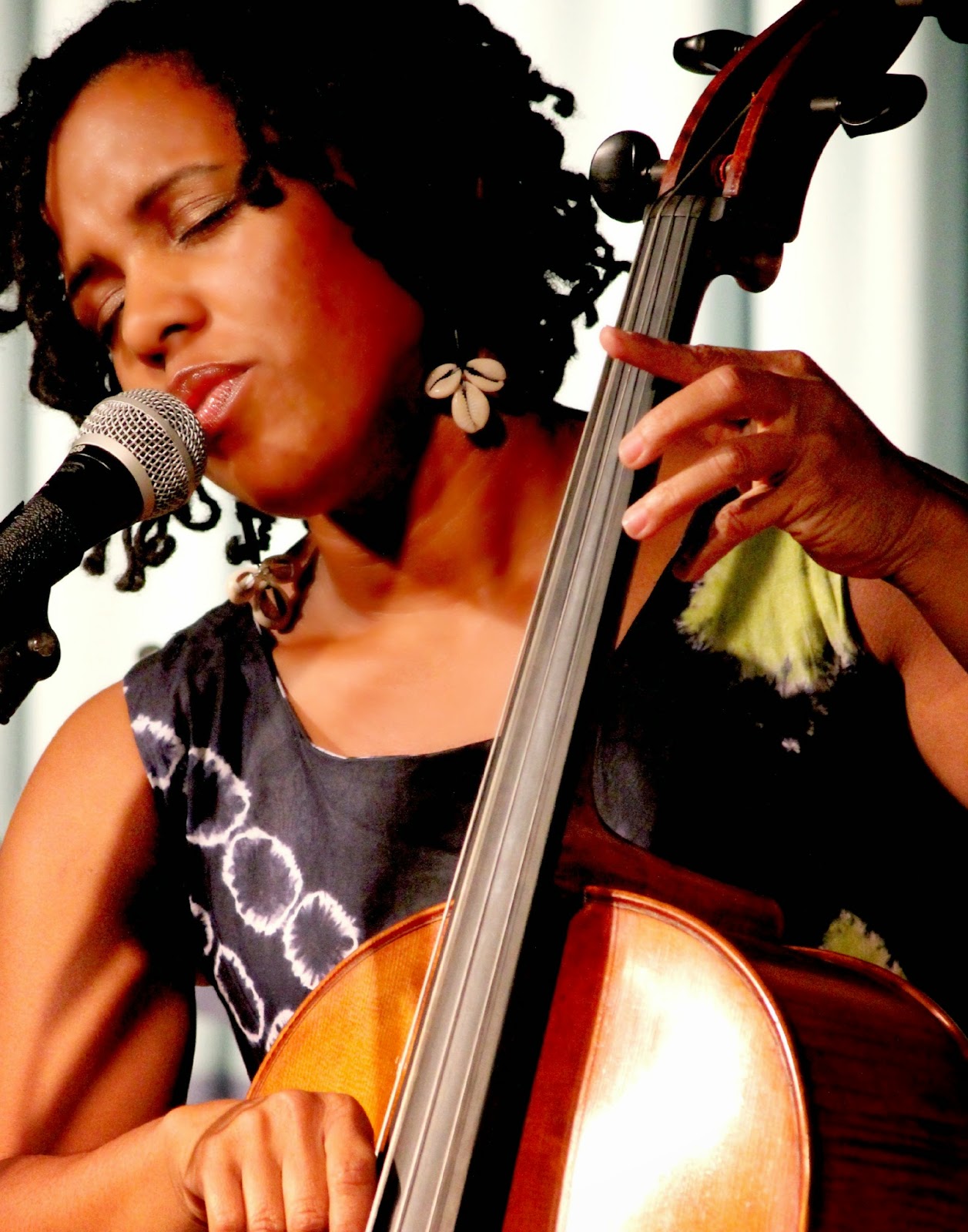 Her 2011 debut solo recording, SHiNE, and subsequent interview on public radio, grabbed the ear of a Cirque de Soleil producer who quickly invited her to Las Vegas to join the world-class musical ensemble for Cirque du Soleil as cellist and mezzo-soprano for KÀ, the unprecedented, gravity-defying production by Cirque at the MGM Grand. Tucker now balances her indie artist career with her continuing role for Cirque du Soleil, splitting her time between Durham, NC in the east and Las Vegas in the west.

Through well-crafted lyrics, subtle, lingering melodies, and compositions that boast a unique, satisfying blend of humor and gravity, Shana Tucker’s music veers from acoustic pop to cabaret jazz to folk and R&B.

“Her voice alone would support a career,” says a review by INDYWEEK.com. “What makes Tucker special is her adherence to the cello, boldly taking the instrument into new territory.”

A classically trained musician who studied at Howard University and the Brooklyn College Conservatory of Music, Tucker will often stand and pluck her cello like a string bass. “I can’t deny the classical training; it inspires my cello sensibilities,” says Tucker. “But I like the thump of walking blues and old-timey bass lines. It’s like a delicious coffee blend, bold and robust, with subtle undertones of bittersweet.”

For her Asheville performance, Tucker performs an eclectic mix of original music, original covers, and jazz standards that span the decades. Joining her on stage is Nick Rosen on piano, Keith Ganz on guitar, Stephen Coffman on drums, and Pete Kimosh on bass.

For insight and increased enjoyment, ticket holders may attend a free pre-performance discussion with Shana Tucker and pianist Nick Rosen in The Forum at Diana Wortham Theatre at 7:00pm prior to the 8:00pm performance. Seating is limited and offered on a first come, first served basis. We regret that we may not admit patrons to the discussions after 7:10 p.m.

The entrance for the Diana Wortham Theatre is marked by the location of the theatre’s marquee between 12 and 14 Biltmore Avenue. Patrons enter the theatre through the breezeway between Marble Slab Creamery and White Duck Taco, and into a large interior courtyard with multiple glass doors to the theatre’s lower lobby and box office. The intimate theatre seats just over 500 and boasts exceptional acoustics and sightlines, making it the premier performance space in Western North Carolina. The Mainstage Series is supported by a grant from the North Carolina Arts Council, a state agency. The Mainstage Series 2014/2015 Season Sponsors are the Asheville Scene, Blue Moon Water, Creative Energy, Laurey’s Catering and Gourmet-to-go, the North Carolina Arts Council, and the Renaissance Asheville Hotel. To obtain more information on the Mainstage Series or to purchase tickets, call the theatre’s box office at (828) 257-4530 or visit www.dwtheatre.com.

Posted by Asheville Chamber at 9:19 AM