A star from the stage of the Metropolitan Opera will headline the evening as the Asheville Symphony opens its 55th season on Saturday, Sept. 19 at Thomas Wolfe Auditorium. 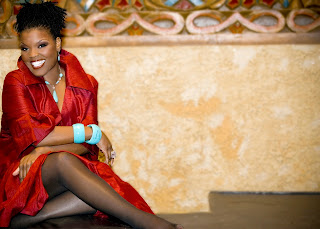 International star soprano Angela Brown, noted for her performances in iconic roles from operas such as Verdi’s Aida and Puccini’s Tosca, will be the featured soloist for “Opening Night with Angela Brown,” an evening of Italian and American classics. Music Director Daniel Meyer will conduct the concert, which begins at 8 p.m.

“Opening night at the Asheville Symphony is always a great occasion, and this September we introduce the brilliant American soprano Angela Brown as our special guest,” Meyer said. “Known for her sumptuous voice, we will feature Angela in some of her signature roles.”

The Asheville Symphony will begin the concert with highlights from Italian opera, including Verdi’s powerful Nabucco Overture and the Triumphal March from Aida. Brown will then take the stage to sing beloved arias by Puccini and Verdi. The second half features American classics, from Bernstein’s “Three Dance Episodes” from On the Town to Howard Hanson’s Symphony No. 2, named the “Romantic.” In between, Brown returns to sing favorites from Gershwin’s Porgy and Bess and Bernstein’s West Side Story.

“We know this program will be a highlight of the season and a concert that music fans will truly savor,” said Asheville Symphony Executive Director David Whitehill. “Angela received incredible praise and reviews for her Metropolitan Opera debut as Aida, so it’s thrilling to think we’ll have an opportunity to perform some of those same arias here in Asheville.”

Brown has performed with dozens of opera companies, classical and pops orchestras and in recitals all over the world. While opera is the main catalyst for her career, Brown’s performance experience includes everything from star hostess on stage to producer and creator of Opera…from a Sistah’s Point of View, an inspired show that has gained international notoriety for bringing opera to the masses in the form of a sassy, yet educational, concert presentation.