In individual events, team veteran Ryan Bastin steered into a challenge with two new events, original oratory and impromptu. He said of the experience, “I know I was in tough rounds, but I really had fun trying new events.”

Samantha Davis, beyond performing her shocking expose of race in mass incarceration, also provided considerable leadership and presence to the team. The veteran leadership was invaluable, as the three novice Original Oratory competitors, Norton, Schultz, and Kennedy, won second, third, and fourth place recognition in their division. Kennedy said after the event, “I feel like I really applied myself, and it’s great to see that effort pay off.”

In debate, the team’s youthful exuberance set the stage for a promising start. All six competitors were in their first tournament of the season, and all acquitted themselves admirably. Particularly, Motarjeme, Cook, and Whitmire finished with even records. Motarjeme posted an impressive three wins against a single loss, missing podium recognition on judges’ preference.

“It’s always rewarding to see the classroom work these kids do up on its feet and performing,” said Dvorscak. Wonnacott echoed this sentiment. “These kids worked hard, and it paid off for them. I couldn’t ask for more.”

The team next competes at North Mecklenberg High School on October 10. For more information about Carolina Day School, its pre-kindergarten through twelve independent day school program, call 828-407-4440 or visit carolinaday.org. 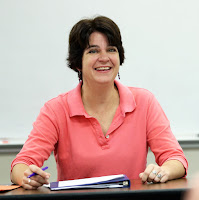 “It’s a magnificent study on the way a story can become an organic system of meaning through [its] various parts, everything playing a vital role,” said Nathan Poole, award-winning author and final judge of the Southern Writers Symposium. “I was immediately seduced by the writer’s gift with verisimilitude for the region and its unpredictable idiosyncrasy.”

White will read her story at the 25th Annual Emerging Southern Writers Symposium on October 23 hosted by Methodist University in Fayetteville.

“Working with so many talented students on their writing has definitely made me a stronger writer,” said White.

One of White’s other nonfiction essays, “Crazy Legs,” is published in “The Labletter” and has recently been included in the list of “Notable Essays and Literary Nonfiction of 2014” in book Best American Essays by Ariel Levy.

Posted by Asheville Chamber at 1:16 PM