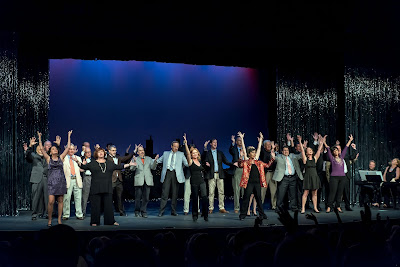 Asheville Community Theatre (ACT) has lined up 28 local restaurateurs, realtors, doctors, politicians and more to turn in their time sheets and step into the spotlight! These business owners, entrepreneurs, and are ready to prove that “there’s no business like show business” for Business Sings Broadway, a fundraiser that will feature songs from the silly to the sublime.

Business Sings Broadway will be held on the Mainstage at Asheville Community Theatre on Saturday, September 10, 2016 at 7:30 pm. Tickets are $20 and are available at the ACT Box Office, by phone at 828-254-1320, or online at ashevilletheatre.org.

“We’d certainly encourage these folks to audition for any of our shows!” added Crouch.

Asheville Community Theatre will also unveil “The Capital Asset,” a new signature cocktail for the fundraiser. Cash bar will be open prior to and throughout the performance.