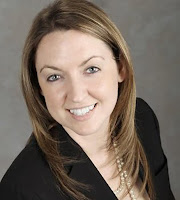 United Federal Credit Union (UFCU) is pleased to announce that Erin A. Hennessy has been named Senior Vice President of Marketing. In her new role, Hennessy will champion the corporate image throughout UFCU’s six-state footprint by providing leadership in marketing, advertising, public relations, community relations, and product management. She assumed the positon on August 15, 2016.

“I am delighted to welcome Erin and I look forward to her contributions,” said UFCU President/CEO Terry O’Rourke. “As a member of the senior leadership team, she will play a key role in developing and implementing United’s strategic direction.”

Hennessy was previously vice president of marketing at Andigo Credit Union in Chicago where she led the name change from Motorola Employees Credit Union to Andigo. Hennessy has also held marketing leadership positions with Cole Taylor Bank, Parkway Bank, and Standard Bank & Trust, all of which are multi-state financial institutions, where she gained significant experience in marketing, product management, sales support, and communications.

She received a bachelor’s degree in journalism and mass communication from Drake University. Awards she has received in the credit union industry include a CSCU Outstanding Marketing Award and a CUES Golden Mirror Award, both in 2015. She is also a motivational speaker addressing topics such as personal brand image, small business, social media, digital marketing and women’s leadership.

Hennessy will relocate to southwest Michigan from the Chicago area where she was involved in numerous service and philanthropic organizations. She plans to continue her community involvement in southwest Michigan.
Posted by Asheville Chamber at 1:05 PM