The Diana Wortham Theatre in downtown Asheville, North Carolina announces the schedule of performances for the 2016/2017 Mainstage Series. The Mainstage Series presents a wide range of top touring artists in music, theater, dance, comedy, and other performing arts in an intimate, 500-seat hall. To start the season off, talented musician and activist Kathy Mattea takes the stage September 24 at 8:00 p.m. with guitarist and arranger Bill Cooley.

Tickets for all performances are on sale at 10:00 a.m. on Thursday, August 25th and are available at www.dwtheatre.com as well as from the box office at (828) 257-4530. The theatre offers flexible multi-show discount packages starting with as few as three performances. Savings range from 10% to 20% off Regular prices depending on the number of performances; multi-show packages are available through the Diana Wortham Theatre box only at (828) 257-4530.

The Capitol Steps: What to Expect When You’re Electing— Friday, October 28, 2016, 8:00 p.m., and Saturday, October 29, 2016, 3:00 & 8:00 p.m.
No politician is safe from the witty antics of the Capitol Steps, the troupe set on satirizing both sides of the political spectrum and providing some much-needed comic relief just one week before the election. 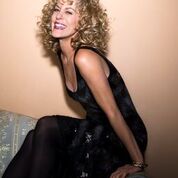 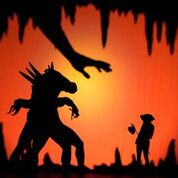 Shadowland by Pilobolus — Wednesday & Thursday, January 25 & 26, 2017, 8:00 p.m.
With the fluid logic of a dream, the grace of an acrobatic dance, the humor of a child’s cartoon, and the heart of a love story, Shadowland celebrates the strange and wonderful power of the dark to show us who we are with the aid of Pilobolus’s signature talent and finesse.

Camille A. Brown & Dancers — Thursday & Friday, February 16 & 17, 2017, 8:00 p.m.
Recipient of the 2016 Jacob’s Pillow Award, one of dance’s highest honors, Camille Brown and her dancers take the stage by storm with rhythmic dance and witty humor, showcasing pieces that range from light-hearted, to spiritually based, to politically charged with a healthy dose of comedy.

The Other Mozart by Sylvia Milo—Wednesday & Thursday, March 15 & 16, 2017, 8:00 p.m.
Discover the true, untold story of keyboard virtuoso Maria Anna Mozart, the sister of Amadeus, whose talents in musical composition have been overshadowed and lost to history. Sylvia Milo, the production’s creator and performer, brings this vital character to life in a stunning 18-foot gown.

Black Violin — Saturday, March 25, 2017, 8:00 p.m.
Classically-trained violinists Kev Marcus and Will B, plus TK, their expert accompanying DJ, take a revolutionary look at music by melding highbrow and pop culture in one high-energy, genre-busting act. 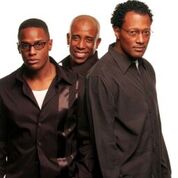 The Blackpack: All Laughs Matter – Friday, March 31, 2017, 8:00 p.m.
Take a good-natured and brutally honest look at political proclivities and preconceived notions with comedy geniuses Vince Morris, Billy D. Washington, and BT as they celebrate our differences, one joke at a time.

Máirtín O’Connor Trio— Saturday, April 1, 2017, 8:00 p.m.
Combining the rich sounds of the accordion, fiddle and guitar, this Irish music trio is one of the more versatile and dynamic groups of the Irish music community, delivering eclectic sets that showcase each musician’s unique experience and contribution.

Free Planet Radio — Friday, May 5, 2017, 8:00 p.m.
Travel the globe with jazz-style improv interwoven with Western classical music and various international influences, all with the accessibility, spontaneity, and easy engagement of Free Planet Radio as it mines the depths of world music.

Susan Werner— Saturday, May 6, 2017, 8:00 p.m.
Sassy wit meets classic Midwestern charm in the persona of Susan Werner, with a repertoire that slides easily between folk, jazz and pop, and takes on a wry and philosophical stance.

Kelly Hall-Tompkins — Friday, May 19, 2017, 8:00 p.m.
An in-demand violinist, Kelly Hall-Tompkins and pianist Craig Ketter deliver a whirlwind performance of both classical and modern numbers with a style that has garnered them attention as “ones to watch” in the chamber, solo and orchestral realms of music.

Tannahill Weavers — Saturday, May 20, 2017, 8:00 p.m.
Traditional Celtic and Scottish arrangements meet the world of rock n’ roll in this powerhouse performance by the Tannahill Weavers, transforming the older tunes and bringing them to the modern world, alive and kicking.

Twelfth Night, Warehouse Theatre – Thursday, October 20, 2016, 9:30 a.m. & 12:00 p.m.
Shakespeare’s comedy explores the perils of being young, confused, and in love in a light-hearted but earnest manner, proving that even serious lessons in life can be founded in humor. Recommended for Grades 6–12. $7.50 group/$8.50 for individuals.

The Wright Brothers, Face to Face Productions – Thursday, November 10, 2016, 10:00 a.m. & 12:00 p.m.
Wilbur and Orville Wright make an emergency landing on stage and, as a matter of introducing themselves, the brothers decide to reenact the story of their great accomplishment, from their childhood experiments to the exciting moment of their historic twelve-second flight. Recommended for Grades 2–6. $6.50 group/$7.50 for individuals.

Skippyjon Jones: Snow What, Theatreworks USA – Tuesday & Wednesday, November 15 & 16, 2016, 10:00 a.m. & 12:00 p.m.
Join Skippyjon Jones, the Siamese cat who believes he is a Mexican Chihuahua, in a musical twist on the classic fairytale of Snow White and the Seven Dwarves, based on the book by Judy Schachner. Recommended for Grades PreK–3. $6.50 group/$7.50 for individuals.

Alice in Wonderland, Lexington Children’s Theatre – Wednesday, January 18, 2017, 10:00 a.m.
When boredom strikes, what else is there for Alice to do but follow the curious white rabbit all the way down the rabbit-hole?  Recommended for Grades PreK–12. $6.50 group/$7.50 for individuals.

The Miraculous Journey of Edward Tulane, Lexington Children’s Theatre – Wednesday, January 18, 2017, 12:00 p.m.
Based on Kate DiCamillo’s beloved book, this play follows the trials of Edward Tulane, the most exceptional toy in Abilene’s room, as he finds himself lost and in need of a way home. Recommended for Grades 3–12. $6.50 group/$7.50 for individuals.

Much Ado About Nothing, Aquila Theatre Company – Monday, February 6, 2017, 10:00 a.m.
This New York-based company brings one of Shakespeare’s beloved comedies to life: a tale of spying, subterfuge, deception, misunderstandings and love, in one full-length performance. Recommended for Grades 9–12. $11 group/$12 for individuals.

Camille A. Brown and Dancers – Friday, February 17, 2017, 10:00 a.m.
Camille A. Brown introduce historical topics through compelling storytelling and dance styles such as hip hop, African, ballet, and tap, all while connecting past and present with touches of comedy, politics and humor. Recommended for Grades 5–12. $8.50 group/$9.50 for individuals.

The Teacher from the Black Lagoon and other storybooks, Theatreworks USA – Tuesday & Wednesday, February 21 & 22, 2017, 10:00 a.m. & 12:00 p.m.
Based on the hit book by Mike Thaler and Jared Lee, this musical revue examines how rumors can make a student create a monster out of any teacher. The production also features stories from other favorite contemporary children’s books. Recommended for Grades K–4. $6.50 group/$7.50 for individuals.

Posted by Asheville Chamber at 11:51 AM